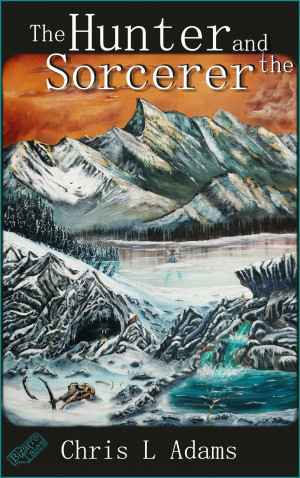 The Hunter and the Sorcerer

Banished from his tribe after offending the chief, a hunter named Bru stalks into the tiger-haunted hills with only his stone knife and the furs on his back, determined to find some way to appease the chief so he might return to the tribe. For if he doesn't return soon, the girl he loves will be mated to a hated rival on the night of Wyrm.

Yet Bru's plans are thrown out of kilter when he runs afoul of a visitor from another world. Bizarrely instructed in science and physics beyond his simple ken, savage Bru finds himself making a deal with the mysterious outsider that will allow the hunter to return to his people.

The farm afforded plenty of opportunity to enjoy the great outdoors. As an adolescent he played Tarzan in the trees, and Huck Finn on the Bluestone River which surrounds his folks’ 80+ acre farm.

In the wilds of the farm and surrounds he scaled cliffs, learned to shoot and ride horses and played ‘war’ with his friends where they utilized an arsenal of BB guns to heat up each others derrieres to howls of laughter and cries of pain and wrath.

Growing up without the benefit of cable and satellite he developed a love of reading early on. After devouring many of the classics of both ancient and modern literature he settled into his favorite niche of pulp authors upon discovering authors as H.P. Lovecraft, Robert E. Howard, Edmond Hamilton, Clark Ashton Smith, A. Merritt and of course Edgar Rice Burroughs.

An avid hobbyist, he is a guitarist, having been in an out of many bands since the late 80s. Besides reading, writing and dabbling in guitar he also enjoys collecting historic militaria of mostly the WW2 era.

Chris has been employed with ABB Inc. since 1992. Currently he is a Senior Systems Engineer in IS.

Chris resides in Southern West Virginia with his wife and two children.

PS: to contact Chris directly, please email to: TheDoubleShadow@Yahoo.com, and he'll be in touch. 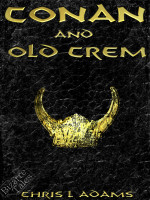 You have subscribed to alerts for Chris L. Adams.

You have been added to Chris L. Adams's favorite list.

You can also sign-up to receive email notifications whenever Chris L. Adams releases a new book.