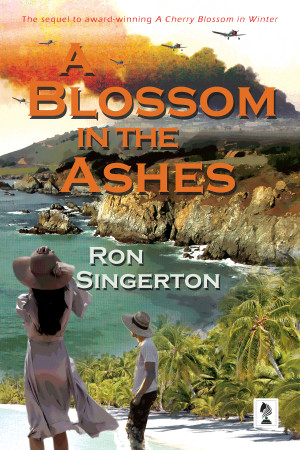 A Blossom in The Ashes

After graduating from California State University at Long Beach in 1965, Ron Singerton joined the U.S. Army Security Agency and spent his overseas time in Asia.
The following twenty-five years were devoted to teaching history and art in Southern California High schools where he developed a particular love for writing and historical research.
During the early 1980s, he authored a series, “Moments in History”, of some thirty mini books on famous legendary people and events ranging from Columbus to the moon landing. The books were adopted as supplementary teaching material for the State of California and approved by the Los Angeles School board as a teaching aid. Published by Santillana Publishing Company, the original ones are considered collectors’ items.
An avid horseman and saber fencer with a special interest in the American Civil War, he “heard the bugle and the sound of the drums” and became a re-enactor riding with the Union cavalry in dozens of engagements from California to Gettysburg, Pennsylvania.
Always interested in an exciting but obscure story, his historical research meandered from the nineteenth and twentieth Century back to the ancient world. Singerton once said, “Technology of the past often appears elementary to us, the emotions do not.” For the writer, the thoughts of peoples long past, as well as civilizations now little more than sand pitted ruins, still evolve into a pageant of love, intrigue and dire conflict. “It is nothing less than a shadowed mirror of our own world.”
Through the writings of Plutarch, Pliny and Julius Caesar he uncovered an epic event that would take him from Rome in the last days of Republic to the Great Wall of China. After years of research the tale became the gist of a two volume novel: The Villa of Deceit and The Silk and the Sword.
Ron is also a professional artist who, with his wife Darla, owns and creates works for their art gallery, Singerton Fine Arts, in Idyllwild, California, where he works in glass, stone, paint and bronze.

You have subscribed to alerts for Ron Singerton.

You have been added to Ron Singerton's favorite list.

You can also sign-up to receive email notifications whenever Ron Singerton releases a new book.