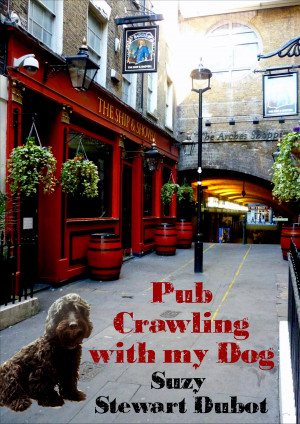 Pub Crawling with My Dog

By Suzy Stewart Dubot
Rated 4.67/5 based on 3 reviews
Dogs are indeed a man's best friend. Not only do they love you without judging but they are ever ready to accompany you on walks. They are the key for opening the door to meeting other people, not necessarily with dogs. Pub crawling with a dog is companionship at its best.
Download: epub mobi (Kindle) pdf more Online Reader
lrf pdb txt
Price: Free! USD
Add to Library
Create Widget
Tags: dog amusing dog walking public houses beer tasting amusing story animal restrictions britain beers drinking in a pub pub in britain
About Suzy Stewart Dubot

I spotted this story on Andre' Mwansa's page and had to read it. I laughed out loud. So funny. Originally from the UK myself.
5 star from me.

I'm rating it twice 'cause it's a ten for me. Wish it was a bit longer though 😊

(review of free book)
Elizabeth Rowan Keith reviewed on May 3, 2020

This story made me smile.

You have subscribed to alerts for Suzy Stewart Dubot.