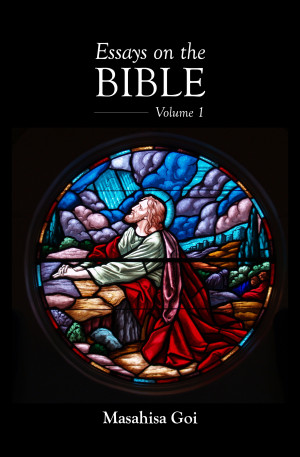 Essays on the Bible, Volume 1

Born in Tokyo, Japan, on November 22, 1916, Masahisa Goi was a poet, philosopher, writer, and singer. Though he aimed at a career in music, he found himself spontaneously drawn to the realms of philosophy and spiritual guidance. At the age of 33 he attained oneness with his divine self. From that time on, he endeavored to reach out to people by holding informal talks, where anyone was invited to participate and ask questions. He enjoyed this direct contact with people, and provided many with spiritual guidance toward the attainment of inner peace.

Mr. Goi authored more than 60 books and volumes of poetry, including God and Man (his first and most fundamental work), One Who Unites Heaven and Earth (an autobiography of his early life), The Spirit of Lao Tsu, Essays on the Bible, How to Develop Your Spirituality, and Catch the Light, to name a few. Translations of many of his works are in progress.

Based on the universal prayer May Peace Prevail on Earth which he advocated, Masahisa Goi founded a worldwide movement of world peace through prayer, transcending religious, ethnic, and political boundaries. Before departing from this world in 1980, he named Mrs. Masami Saionji, his adopted daughter, as his successor and leader of the world peace prayer movement that he initiated.

Reviews of Essays on the Bible, Volume 1 by Masahisa Goi

You have subscribed to alerts for Masahisa Goi.

You have been added to Masahisa Goi's favorite list.

You can also sign-up to receive email notifications whenever Masahisa Goi releases a new book.