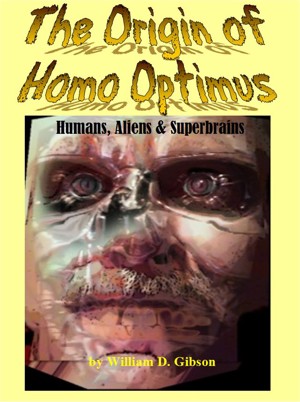 The Origin of Homo Optimus:Humans, Aliens and Superbrains

By William D. Gibson
Multiple story lines, including the development of a human-friendly superintelligence; the apocalyptic earth-crossing course of a dark comet; and the strange happenings of the pre-colonization expedition to Jupiter's moon, Europa all come together in the final chapter which answers all.

Would you believe the author has the same first & last names as a more famous sci-fi writer? It's true. More
It is 124 years from now. Ken is a young, smart hackmaster/retro resistance fighter, who was found guilty of hacking into a number of augmented realities. He is serving his parole time by working for a beneficent artificial intelligence firm seeking to develop a human level, human-friendly artificial intelligence. Although somewhat unorthodox, his work ethic and outstanding performance puts him on the fast track at the company.
Secondary plot: Ken's brother Orin is the co-pilot of the pre-colonization expedition to Jupiter's moon, Europa, a desirable candidate for a colony due to its vast ocean under a relatively thin ice cap. It is also the most likely place for complex extraterrestrial life forms in the solar system.
Tertiary plot: The earth's future is at risk due to the recent discovery of a dark comet on an earth-crossing path large enough to extinguish a quarter of the world's population and send civilization back several hundred years.
Ken's diligence and creativity instills awe and enthusiasm in his co-workers. He holds the key to the dilemma of taking the AI to a superintelligent level. Will it be human friendly if he decides to unleash it? If not, what will it do? Could it lead humanity to evolve into another species? Can it help the strange happenings with the alien life found on Europa? What can it do to mitigate the apocalyptical disaster of an earth-crossing object? The final chapters switch scenes rapidly until the final chapter's conclusion which answers the questions.

Raised in Massachusetts, William Gibson is a Brown University graduate with a Bachelor of Arts degree. He served as a Special Agent in Counterintelligence in the Army during the Vietnam War, and obtained an MBA after that. Forty years of his working life have been at least partially devoted to putting words together, first writing intelligence and inspection reports for the military. Out of the Army, he followed a career in banking in Risk Management and Credit Administration. It was professionally satisfying to generate policies, plans, and reports for the bank. But when he retired, he opted for the fun of writing about zombies, science fiction, and now something real like Bigfoot. He currently resides in Berkley, Massachusetts.

Book Trailer - The Origin of Homo Optimus
The stories of the development of a human-friendly superintelligence; the apocalyptic earth-crossing course of a dark comet; the strange happenings of the pre-colonization expedition to Jupiter's moon, Europa all come together in the final chapter which answers all. Buy it in the Apple Bookstore (iBook app), Amazon, and Barnes & Noble. 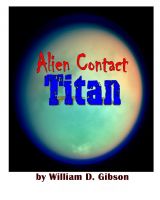 Reviews of The Origin of Homo Optimus:Humans, Aliens and Superbrains by William D. Gibson

You have subscribed to alerts for William D. Gibson.

You have been added to William D. Gibson's favorite list.

You can also sign-up to receive email notifications whenever William D. Gibson releases a new book.