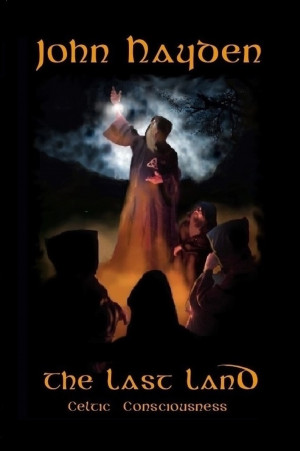 The Celts did not fear death, but they did fear to lose their memorised doctrines and were forced to try and save them, against a massive empire and the dark forces of the underworld; a boy Druid could twist their fate.
Turlough (the leader of the Druids) knew that the most important decision ever to be faced by any Druid rested firmly on his shoulders. More
In the winter of 367 AD, the Celts by now had been pushed to Ireland and Scotland predominantly. They knew that Christianity was sweeping through mainland Europe and Britain. They had observed the power of this new faith and the wrath of Constantine's push from thirty years beforehand, to crush paganism.
The Picts, (Celts from Scotland) joined forces with their cousins from Ireland to take advantage of the otherwise busied Roman army. They made moves on Roman garrisons in Britain and the Gaul, (Present day France). Starting from Hadrian's wall, where the Roman commander and his men turned coat and joined forces with the Celts to go against the Roman army in Britain. This event became known as ‘The Great Conspiracy’. The Celts were jubilantly satisfied with their valiant efforts, for they took back Britain and the Gaul.
In Ireland, following The Great Conspiracy, Celtic priests (Druids) had foreseen the outcome during a divination ritual, held by the nine Elder Druids. They predicted the Roman Empire striking back and driving the Celts to their borders. The Druids knew the Roman empire would take back Britain and the Gaul, and in retribution, this might encourage them to take over Ireland and Scotland. If this was the case, they knew that their entire culture could be wiped out. Their people would be forced to join the new faith or die.

The Druids didn't fear death, but rather feared to lose the accumulated knowledge which had passed from generation to generation back since the beginning of the Celtic people.
The Druids had their accumulated knowledge divided into nine doctrines, and each of the Elder Druids memorised these doctrines. When the elite group of the nine Elder Druids elected a new Druid, she/he would learn the first doctrine, then move up the ranks accordingly. The most distinguished Elder Druid was the only one of the nine to know all the nine doctrines.
But now they faced a real threat against their last remaining people, so real was this threat of a Roman invasion and Christian overhaul, that the prospects instilled fear into the hearts of the Elder Druids. They knew that they would have nowhere to go if either threat occurred. They were in what they perceived to be 'The Last Land' (Ireland), as there were no known lands to the west of Ireland. So, they were compelled to create an alphabet for the sole purpose of transcribing their memorised doctrines. For if the Druids transcribed their doctrines in a secret alphabet, then they could never be lost, not even if they were taken over by an Empire or Christianity.
Hoyt, a boy Druid, was born about this time. It had long since been prophesied that a boy Druid would be the one to accomplish this feat; in the wake of the truth, it was neither the Roman army nor Christianity who were the main threat. Oh no, the main threat came from within the ranks of the Elder Druids…

Hi, I am from Ireland, born in Finglas, Dublin in 1966. I am a family man who loves writing and self-expression. I have been writing since I was eighteen years old when I versed my first poem. Since then, I have written hundreds of poems. More recently I have published a collection of my Poetry on Amazon.com: It' called '63 Poems' Watchers of the mind
I never thought of myself as someone who could put together a book or books. I might not have received the opportunity were it not for me falling ill with cancer in 2004. I see that illness, which was the worst thing in the world back then, as the key that freed my mind to indulge in what I can only call absolute passion. Back then, in my convalescence, I captured the essence of three stories. I quickly published the first two stories; fearing in my heart that the cancer was coming back to get me. I was on the verge of releasing the last story when I paused. The story told of a sacred manuscript, and I had not given sufficient insight to the reader, as to where this sacred manuscript originated. So I decided to take some notes about the origins of the sacred manuscript.
My first note 001, turned into my present novel. This is my debut novel, The Last Land, will be released on 13th April 2020
All my life up to the time when I had cancer, I worked in construction. Since then, I am so grateful for receiving the opportunity to step into my creative sphere. There's little so special than to be caught up in the wonderment as it comes to me, I am all but in the scenes as my fingers dance on the keys.
I began writing my debut novel in 2012, and I completed the first draft in 2015 and have been polishing up my work since then. So grateful am I for the graceful attentiveness, excellent guidance, and assistance from some of the most selfless people I have yet encountered. I extend my sincerest gratitude to those beautiful people; without them, my work may not have come to fruition. They are mentioned in my acknowledgements.
To be afforded enough time to tap into the river of creativity and to indulge in my life's passions. That I may express that which flows there; I have been allowed the freedom to be me — such a gracious gift.

You have subscribed to alerts for John Hayden.

You have been added to John Hayden's favorite list.

You can also sign-up to receive email notifications whenever John Hayden releases a new book.