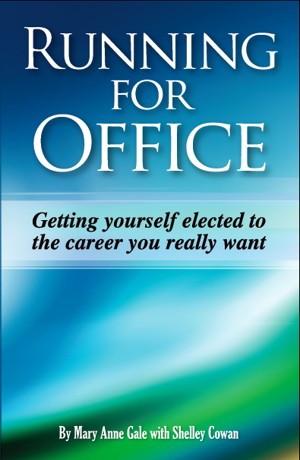 By Mary Anne Gale
Running for Office presents a life-changing approach to work. It explains the why and how of professional relationships. You'll learn that relationships are not extra to doing great work; they are the essence of how employees learn and how work gets done.
Available ebook formats: epub mobi pdf rtf lrf pdb txt html
First 5% Sample: epub mobi (Kindle) lrf more Online Reader
pdb
Price: $19.99 USD
Buy Add to Library Give as a Gift
How gifting works
Create Widget
Tags: careers business
About Mary Anne Gale

Then, in 2003, after 30 years in North America, she transferred to P&G’s Asian headquarters, where she worked with people from countries and cultures from around the globe. She quickly realized that ‘women’s issues’ in the U.S. and Western Europe, are issues faced by men as well as women in the rest of the world.

Reviews of Running for Office by Mary Anne Gale

You have subscribed to alerts for Mary Anne Gale.

You have been added to Mary Anne Gale's favorite list.

You can also sign-up to receive email notifications whenever Mary Anne Gale releases a new book.