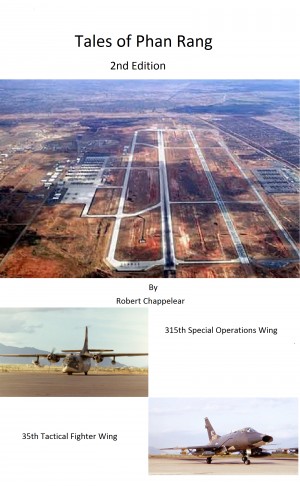 By Robert Chappelear
An account of the author's one year tour of duty flying C-123 cargo aircraft in Viet Nam. Provides descriptions of life in country and the missions that were flown. Presented not as a political view but rather simply as an account of that year and what it was like to be there. More
The author was assigned to Viet Nam on 4 October 1968 as a C-123 co-pilot. He was a 24 year old 2nd Lieutenant recent graduate of USAF pilot training and on his first duty assignment. While there he participated in passenger flights, cargo delivery missions, air drops, and emergency resupply missions. He upgraded to aircraft commander and experienced many unique adventures in special forces camps, Phillipine Islands, and Austrailia.

This book is a description of that year providing an insight into what it was like to live and fly in that conflict and during that time of the war.

Retired from two careers, the first was as a fighter pilot for the USAF; the second as a system engineer for a defense contractor. Accumulated 6000 hours of flying time in 7 different operational assignments including three tours to Asia and one to Europe. As an engineer I worked on the airborne command post, nuclear aircraft carriers, presidential helicopters, and various other communication systems.
Married with three sons and one step daughter and three grandchildren (1 grandson, and 2 granddaughters). Though I have made 36 moves during my lifetime I am now settled in Minnesota. Looking forward to additional traveling throughout the United States after my wife's retirement in two years. 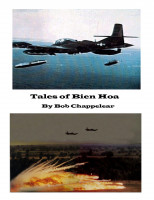 You have subscribed to alerts for Robert Chappelear.

You have been added to Robert Chappelear's favorite list.

You can also sign-up to receive email notifications whenever Robert Chappelear releases a new book.