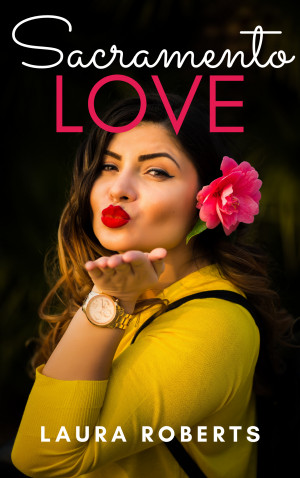 A short series of love notes to the city of Sacramento, SACRAMENTO LOVE features 26 fictional meet-cute romances—each sparked somewhere within California's state capital. Follow along as our cast of local characters meet one another in diners, dive bars, coffee shops, restaurants, parks, and at some of Sacramento's most beloved landmarks from the American River Parkway to the mysterious Ziggurat.

A fictional companion to author Laura Roberts' forthcoming travel guidebook, SACRAMENTO FROM A TO Z, each of the SACRAMENTO LOVE stories embrace the spirit of the city while travel and other activities in the real world are on hold. Lift your spirits with the joy of meeting someone new, a little romance, and a lot of Sacramento Love!
Available ebook formats: epub mobi pdf lrf pdb txt html
First 20% Sample: epub mobi (Kindle) lrf more Online Reader
pdb
Price: $2.99 USD
Buy Add to Library Give as a Gift
How gifting works
Create Widget
Tags: romance short fiction california flash fiction contemporary romance sacramento california romance sacramento romance
About Laura Roberts

Laura Roberts has written an entire novel in just three days, writes steamy romance under the pen name Laure L’Amour, and publishes books that press buttons at Buttontapper Press. She currently lives in Sacramento, California with her artist husband and their literary kitties. When she’s not writing, she can be found editing manuscripts for indie authors, transcribing reality TV, watching romcoms, testing chocolate recipes, or searching for more typewriters to add to her collection.

Blurring the lines between fact and fiction, Laura has penned 18 books for adults, including the alphabetical travel guides Montreal from A to Z and San Diego from A to Z, the offbeat writing guides NaNoWriMo: A Cheater’s Guide and Confessions of a 3-Day Novelist, the satirical adventure tale Ninjas of the 512, and various steamy romances under the pen name Laure L’Amour, as well as three nonfiction career guides for young adults (Careers in Gaming, Careers If You Like Music, and Careers in Digital Media) published by ReferencePoint Press. She has also contributed shorter works to the following anthologies: The San Diego Writers & Editors Guild’s 5th edition of The Guilded Pen, Diane Lee’s nonfiction collection The Secret Lives of Writers, the David Bowie/Alan Rickman tribute anthology Stardust, Always; Shawna Kenney’s Book Lovers: Sexy Stories from Under the Covers, Ironology 2014: The Iron Writer Championship Series, and Drabble Harvest #14: Extraterrestrial Reincarnation. In addition to her writing, Laura is the editor of the poetry collection Haiku for Lovers and the ethnomusicological anthology Everything I Need to Know About Love I Learned from Pop Songs, and the founder of the literary magazine Black Heart. 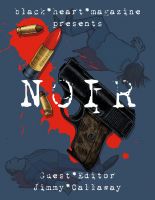 Reviews of Sacramento Love: Meet Cutes in the Capital City by Laura Roberts

You have subscribed to Smashwords Alerts new release notifications for Laura Roberts.

You have been added to Laura Roberts's favorite list.

You can also sign-up to receive email notifications whenever Laura Roberts releases a new book.