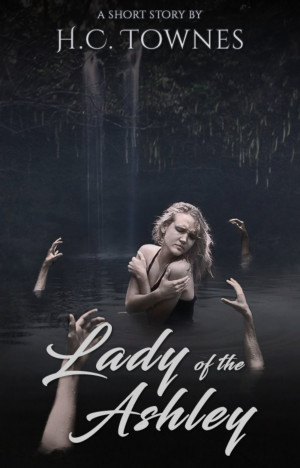 Lady of The Ashley

By H.C. Townes
Rated 5.00/5 based on 2 reviews
Two strangers meet at a historic plantation on the banks of the Ashley River. The two of them embark on a ghost hunt, that will leave one of their lives changed forever.
Download: epub mobi (Kindle) pdf more Online Reader
lrf pdb txt
Price: Free! USD
Add to Library
Create Widget
Tags: thriller horror death legend ghost twist urban legend
About H.C. Townes

H.C. Townes was born in 1974, in Eustis Florida. He spent his early years there before moving to South Carolina at the age of ten, where he now resides.

He developed a taste for all things supernatural at a young age, and was inspired by classic tv shows such as Creature Feature, Alfred Hitchcok, Twilight Zone and Scooby Doo. Later, Vampires and Werewolves peeked his interest, and inspired his first novella, ‘Penance’, currently available on Amazon.

H.C. began writing in middle school, dabbling first with poetry, and then broadened into story telling. His early works were kept private or shared only with his wife and friends. Under urging from a handful of his closest friends, he began to publish his works. He fell in love with the mystery and suspense of the classic twist, which is represented in his first three short stories, Quarry Kingdom, Lady of the Ashley, and Gnaw.

I love ghost stories, and this one really pulls you in! The level of detail Townes gives to his characters and their thought processes is amazing and really helps set you into the mind-frame of the story, as if you are really there watching it. Amazing read!

Fantastically written and great ending! Everything a short story should be!

You have subscribed to alerts for H.C. Townes.

You have been added to H.C. Townes's favorite list.

You can also sign-up to receive email notifications whenever H.C. Townes releases a new book.