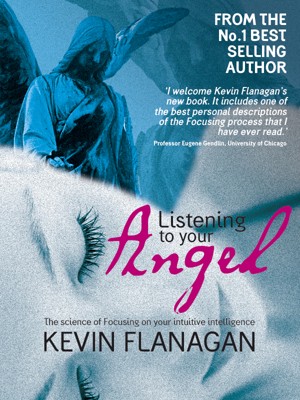 Listening To Your Angel

Kevin Flanagan has had six books published, two of which were best-sellers. His love of writing led him to he set up his content creation agency in 2004: BeCreativeMediaGroup.

BeCreative manages writers, photographers and designers in creating magazines and features for some of the worlds top publications including: The Wall Street Journal, The Sunday Times, The Washington Post, The Sunday Independent and USA Today. This business continues to move into many new areas and is also experienced in the digital world managing social network campaigns for some of the worlds biggest brands.

Kevin has been an Angel enthusiast for most of his life and during this time he has written many successful books but only now has he focused on the amazing subject of Angels.

His first Angel book was entitled "Listening to your Angel" and it discussed how using Focusing to channel your energy can help you be a happier person in life.

The "Age Of Angels" series of books is being published and will be his first Novel in this genre. The "Angel of New York" is also available and is also a screenplay.

Kevin is an avid user of Twitter and would love to hear from people interested in his work.

You have subscribed to alerts for BeCreative Books.

You have been added to BeCreative Books's favorite list.

You can also sign-up to receive email notifications whenever BeCreative Books releases a new book.