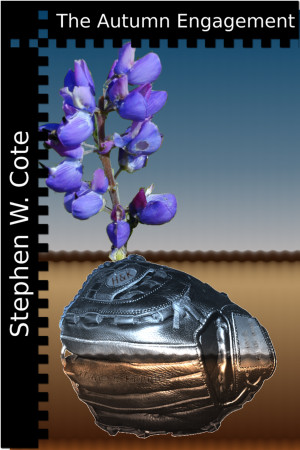 I am a software and security architect and manager. I enjoy writing hard and whimsical science fiction, adult fantasy, and poetry. As an early advocate of Creative Commons licensing, many of my short stories and poems have been available online since 1996.

If you would like to learn more about my writing, open source projects, please contact me at sw.cote@gmail.com.

Reviews of The Autumn Engagement by Stephen Cote

A novelette about a future when baseball is used to settle international disputes instead of war. The main character is a pitcher who threw a bad pitch and lost an important game. The plot is about him trying to clear his name. The bulk of the action takes place at a formal ball where everyone has to bring a robot date. All kinds of things are revealed there, shades of 'His Robot Girlfriend' again. They do find it wasn't his pitching that was off, but I won't spoil it any more than that.

It was an entertaining story in a universe that will really never exist, but it does have something to say about robots and consciousness. It doesn't take much time to read it and it is fun.

You have subscribed to Smashwords Alerts new release notifications for Stephen Cote.

You have been added to Stephen Cote's favorite list.

You can also sign-up to receive email notifications whenever Stephen Cote releases a new book.