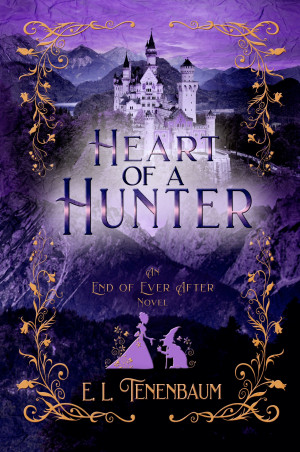 Heart of A Hunter: A Snow White Retelling

Then Daimyon learns the startlingly truth of his target's identity and can't bring himself to kill her. With this unintentional rebellion, Daimyon has no choice but to go on the run from the queen he's given his life to serve. The queen, however, intends to finish the job he couldn't and exact revenge on her disloyal Huntsman.

Fearful for the lives unintentionally tangled with his, Daimyon must now determine what's more important to fight for, the oath he swore to his queen or the princess who caused him to break it.

Heart of a Hunter is the Fifth in the five-part End of Ever After companion series which rewrites classic tales of ever after.
Available ebook formats: epub
Price: $5.99 USD
Buy Add to Library Give as a Gift
How gifting works
Create Widget
Tags: romance fantasy fairy tale soulmate disney snow white retelling fairy tale retelling fairy tale romance huntsman
About E. L. Tenenbaum

E.L. Tenenbaum is fairly certain a bookstore is really the happiest place on earth. In addition to being an author, her love for stories in different shapes and sizes has led to a degree in journalism, a stint as a script reader, and a few runs as writer/director for community musical theater. When she's not reading, or writing, she enjoys speaking at middle/high schools as a visiting author.

About the Series: End of Ever After

You think you know their stories, but think again. Find out what really happened to Cinderella, The Miller's Daughter, The Little Mermaid, Beauty and The Beast, and Snow White in this five part companion series that retell Happily Ever After.

Also in Series: End of Ever After

Reviews of Heart of A Hunter: A Snow White Retelling by E. L. Tenenbaum

You have subscribed to Smashwords Alerts new release notifications for E. L. Tenenbaum.

You have been added to E. L. Tenenbaum's favorite list.

You can also sign-up to receive email notifications whenever E. L. Tenenbaum releases a new book.