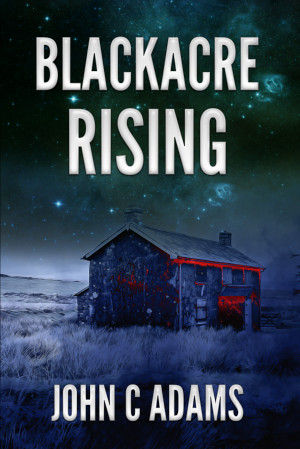 By John C Adams
Rated 4.50/5 based on 2 reviews
One is a ruthless assassin sent to kill her most dangerous adversary yet.
The other possesses strange cosmic skills he does not yet fully understand.
Together, they will end the bizarre, sadistic experiments taking place around the world.

Edited by Jim Graves. More
Forced to flee the Metropolis following the betrayal of the resistance’s leader, assassin Ivy Spires must now take down the mastermind behind the horrifically demeaning experiments revealed to her. Disbelief at the sheer oddity she encounters at Blackacre collides with a new determination to challenge the cruelty perpetrated by those in power.

Whether East or West, Don Allwood has never been like everyone else. Despite the success of the resistance, the government is now fighting its way back to power. Meeting the Seven for the first time at Blackacre gives him a new opportunity to fight the evil of his own father and accept the nature of his own unique powers as last.

Blackacre Rising continues a dystopian horror trilogy begun in Souls for the Master set in a world of cruel government and fierce resistance, in which a young assassin and her strange young companion must fight for dignity and to safety for all.

A truly gripping, intense, and engaging dystopian sci-fi read. The author does a brilliant job of creating a large mythos in this dystopian world rich with a multitude of main and side characters that readers will be able to both loathe and root for.
Anthony Avina’s Blog

Adams perfects the villains. They are ruthless and their cruelty is spectacular…Highly recommended and thoroughly enjoyed.
Goodreads Reviewer

Great book! The characters are believable and the story is tight. Loved it!

I love Ivy Spires! Great story and great writing. John C Adams knocks it out of the park. Again.