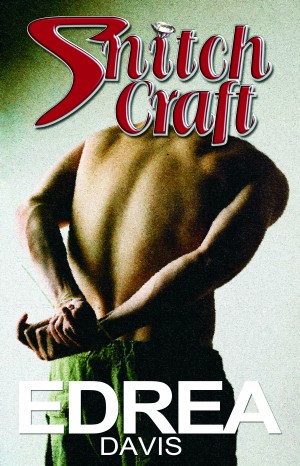 "Edrea dropped some historical knowledge and some political information that we all need to know. I really dug this book, and I'm impressed by this author," Shamontiel L. Vaughn - "Message from Montie"

"SnitchCraft was good from the beginning to the very end. I highly recommend the book!" Renee Brown

"A riveting story about betrayal, greed and corruption," Books2Mention.

"Snitch Craft hits the nail on the head of a touchy subject for many; snitching and a corrupt justice system. " The Urban Book Source

Over the past decade Edrea Davis has mastered the art of integrating all forms of media to communicate compelling, action-oriented messages to the public.

Whether she’s producing a hip-hop song promoting voting, managing the videotaping of a panel discussion to air on TV, or utilizing social networking sites to reach the masses, Davis stays at the cutting edge of emerging technology. Her new media savvy coupled with traditional PR training results in highly effective multimedia campaigns that shape public opinion and impact legislative policy.

Armed with a laptop in one hand and a digital recorder in the other, Davis transmitted audio reports from the United Nations Climate Conference in The Netherlands to radio stations across the United States. She coordinated a press conference for the US Delegation to the UN World Conference on Racism in South Africa, resulting in front page articles in newspapers in Africa, Europe, and even the Washington Post in DC. In 2000, the pioneer in new media made history coordinating a technology crew for the first online elections ever. Her “Digital Hit Squad,” was featured in national media including USA Today.

Davis coordinated publicity campaigns for a host of notable clients, among them, civil rights leader, Dr. Joseph Lowery and The National Coalition on Black Civic Participation. She also directed all communications efforts for the highly successful Unity ’04 Voter Empowerment Campaign comprised of 150 of the nation’s most prestigious civil and human rights organizations. Associated Press, CNN, and People Magazine were convinced to run stories Davis pitched, and her clients have appeared on national radio and TV programs like Nightline, Washington Journal, and the Tavis Smiley Show.

You have subscribed to alerts for Edrea Davis.

You have been added to Edrea Davis's favorite list.

You can also sign-up to receive email notifications whenever Edrea Davis releases a new book.