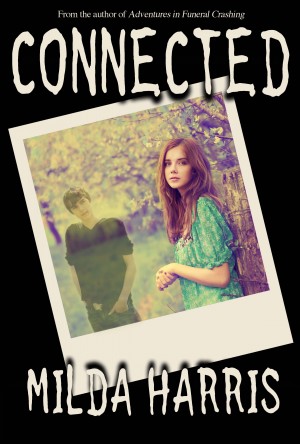 Unable to remember how he died and not knowing why he feels that he must stay with Aurora, Drew spends his time like a guardian angel, watching over her. From infancy, Drew is with Aurora as she grows up. Yet, in all his vigilance Drew is unprepared when Aurora is hit by a car at the age of six and killed. He was unable to save her and blames himself. He is distraught beyond reason. Why did she die? Was it his fault? And, what was he going to do now?

Drew appears to be given a second chance, though, and an opportunity to redeem himself when Aurora’s spirit is reborn again as a baby. He now has six years to explore her world and find a way to save her. Has he finally found the purpose of his afterlife? Or is trying to save Aurora just a small piece of a larger puzzle?
Available ebook formats: epub mobi pdf rtf lrf pdb txt html
First 20% Sample: epub mobi (Kindle) lrf more Online Reader
pdb
Price: $3.99 USD
Buy Add to Library Give as a Gift
How gifting works
Create Widget
Tags: romance coming of age paranormal romance paranormal love story young adult teen ghost ya ghost fiction ghost haunting paranormal love story death and loss ghosts romance
About Milda Harris

Milda Harris is a Chicago girl who is now living the dream in Hollywood. She loves watching movies and playing random sports like dodgeball and kickball. Between working in production on television shows like Austin & Ally, Hannah Montana, and That's So Raven and playing with her super cute dog Licorice, she writes young adult and chick lit novels.

You have subscribed to alerts for Milda Harris.

You have been added to Milda Harris's favorite list.

You can also sign-up to receive email notifications whenever Milda Harris releases a new book.