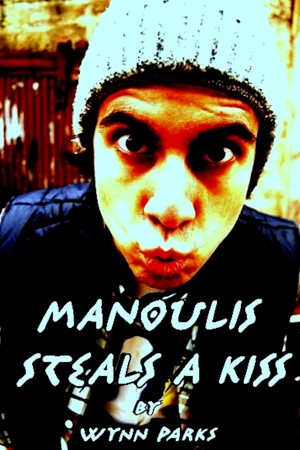 By Wynn Parks
Rated 5.00/5 based on 3 reviews
Manoulis had been born a child of Epiphany. To the village's old women, his birth season---the season of long nights, when the old and New Year meet---placed a part of Manoulis in the company of satyrs and ghosts and other creatures of the in-between. Yet Manoulis is a kissing fool, and his obsession may reprieve his sister from the convent!
An Austin Chronicle Short Story Prize Winner
Available ebook formats: epub mobi pdf lrf pdb txt html
First 20% Sample: epub mobi (Kindle) lrf more Online Reader
pdb
Price: $1.99 USD
Buy Add to Library Give as a Gift
How gifting works
Create Widget
Tags: humor greek islands the wit of the heart
About Wynn Parks

Wynn Parks was born in the southern U.S., and raised on Air Force Bases scattered from the Philippines to Turkey. Growing up as a "military brat" bred into him the love of travel that has motivated so many of his life choices, and piqued his fascination with with such famous travelers as Odysseus, Ibn Battuta, and Burton.
The author put himself through college at South Dakota's Black Hills State University, and later the Iowas Writers' Workshop by working summers as Driller's Helper in the eastern Wyoming coal fields.
After six months as a Dobey-Paisano Fellow at the University of Texas, he spent a winter in an Alaskan bush camp as an exploration geologist. There he managed to save enough for traveling expenses to get him to the Greek island of Paros, where he contracted to teach Creative Writing at The Aegean School of Fine Arts. Having lived in the Aegean as a boy, going to Paros felt like a homecoming. Though he forayed off-island to Europe, North Africa,and Iran,it was Paros that was his haven from the middle Seventies through the mid-Eighties.
In 2010, Parks was awarded a fellowship at the Hawthornden International Writers' Retreat, south of Edinburgh, Scotland. Two of the offerings published on Smashwords, originated at the Hawthornden Castle.
Several of the stories featured on Smashwords are excerpted from the author's "arabesque" novel, "Songs from Dinosaki's Jukebox". "Jukebox" grew out of the author's years in Greece and, earlier, Turkey, and his life-long sense of connection with the Aegean.
The author currently lives in the United States in Blue Mountain Beach, Florida.

Reviews of Manoulis Steals a Kiss by Wynn Parks

Well-written, engaging, and entertaining. Parks packs great depth and character development into a short story. I got so caught up in reading, the end took me by surprise. This story gave me a great sense of being right there in that small Greek Island village, years ago. Loved the depth Parks provided in the characters. Five stars all the way!

Beautifully written. From beginning, to surprising and touching end, I was quite impressed with this story.

You have subscribed to Smashwords Alerts new release notifications for Wynn Parks.

You have been added to Wynn Parks's favorite list.

You can also sign-up to receive email notifications whenever Wynn Parks releases a new book.