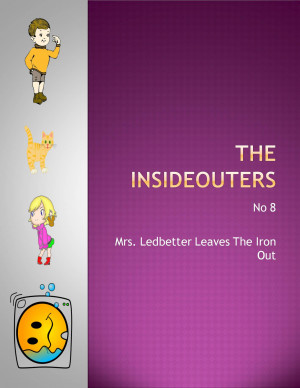 Mrs. Ledbetter Leaves The Iron Out

The Ledbetter's also have two children, Daisy aged 5 and the sometimes naughty Tom aged 6 and three quarters. Daisy and Tom have a lazy cat called Jess.
​
The Insideouters and Mr. Sockeater are very difficult to see, as they are smaller than the smallest thing that you can imagine and they live in the door seal of the washing machine. If you do see them you can almost see right through them!!!
​
There is nothing the Insideouters enjoy more than pulling the washing inside out with their enormously long arms, and then taking a spin, squealing in delight at the top of their voices “ Yum Yum Spin My Tum” and there is nothing more the Sockeater enjoys than nibbling at a freshly washed cotton sock.
​
Now Mrs. Ledbetter knows the Insideouters live in the washing machine because every time she takes her washing out of the machine some of it is Inside out and every now and then a sock goes missing or comes out of the machine with a little hole in it.

At night when it goes dark Mrs. Ledbetter sometimes leaves the washing machine door open and when all is quite in the kitchen, the Insideouters occasionally climb out of the washing machine, and yes you’ve guessed it, look for clothes to turn inside out.
​
White wash, colour wash, delicates, cottons, low temperature and woollen wash, the Insideouters love them all!!!!
​
Available ebook formats: epub
Price: $3.99 USD
Buy Add to Library Give as a Gift
How gifting works
Create Widget
Tags: fiction adventure action children childrens kids fiction ebook fiction
About Keith Hegarty

The author Keith Hegarty, was born in Manchester England in 1958 son of a Plasterer and Primary School teacher. On leaving School he took an apprenticeship as a maintenance fitter. As such he attended College on day release and night School courses for several years gaining engineering qualifications.
In 1981 the author left employment and attended University full-time where he obtained a first degree in Mechanical Engineering Science. This was followed years later by a Post 16 teaching qualification, a Postgraduate Diploma in Education Management followed by a master’s degree in Education Management.
His working career took him from a Post 16 College lecturer in Engineering to International School and College Principalships leading to semi-retirement in 2015.
The Insideouters series of short e-books were written for his step grandchildren Charlie and Mollie Lloyd in the sure and certain hope that they will remember him throughout their lives.

About the Series: The Insideouters

The Insideouters and their friend Mr. Sockeater live in Mrs. Ledbetter's washing machine at No 4 Whitewash Road. The Insideouters comprise Mr. Inside, Mrs. Outer and their children Fluff and Lint and of course Mr. Sockeater. The Ledbetter's have two children, Daisy aged 5 and the sometimes naughty Tom aged 6 and three quarters. Daisy and Tom have a lazy cat called Jess. Read all about their exciting adventures. In the Children's series of the decade!! There are 10 books in series 1 of the Insideouters.

Also in Series: The Insideouters 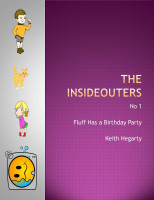 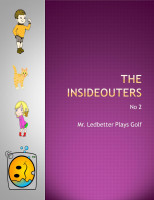 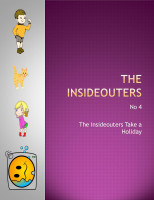 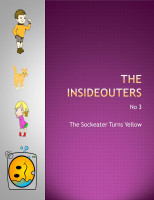 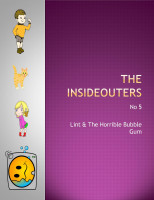 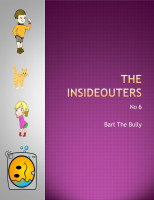 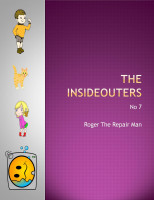 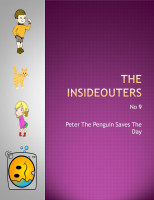 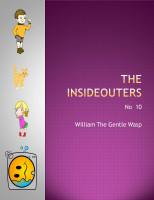 Reviews of Mrs. Ledbetter Leaves The Iron Out by Keith Hegarty

You have subscribed to alerts for Keith Hegarty.

You have been added to Keith Hegarty's favorite list.

You can also sign-up to receive email notifications whenever Keith Hegarty releases a new book.