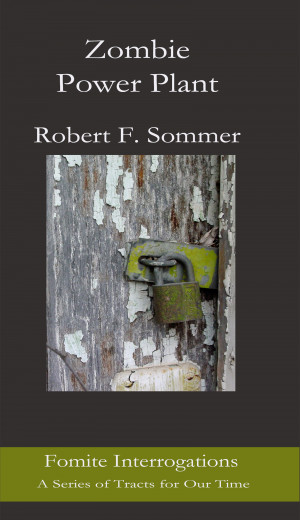 By Robert F. Sommer
Given the exigencies of the time, Fomite would like to step outside its normal literary publishing practice, and add to its offerings a series of bound pamphlets on urgent political, social, cultural, and organizing issues from a radical, anti-capitalist viewpoint.
Download: epub mobi (Kindle)
Price: Free! USD
Add to Library
Create Widget
Tags: coal environmental activisim sierra club
About Robert F. Sommer

Sixties counter-culture icon Mason Williams described Bob Sommer’s debut novel, Where the Wind Blew, as “a story of the past and an allegory of the present.” Bob’s essays and stories have appeared in Rathalla Review, Ne w Plains Review, O-Dark-Thirty, The Whirlybird Anthology of Kansas City Writers, and various literary and scholarly journals. His freelance articles, reviews, and commentary include contributions to The Kansas City Star, Sierra, Chronogram, Rain Taxi, Counterpunch, and National Public Radio’s “All Things Considered.” He holds a doctorate in American Literature from Duke University and has authored Teaching Writing to Adults and co-authored The Heath Literature for Composition. Bob is the Director of Development for the Sierra Club in Kansas and a lecturer at the University of Saint Mary, Leavenworth. He blogs at Uncommon Hours and can also be found on-line at Poets&Writers and LinkedIn. He and his wife Heather make their home in Overland Park, Kansas.

You have subscribed to Smashwords Alerts new release notifications for Robert F. Sommer.

You have been added to Robert F. Sommer's favorite list.

You can also sign-up to receive email notifications whenever Robert F. Sommer releases a new book.