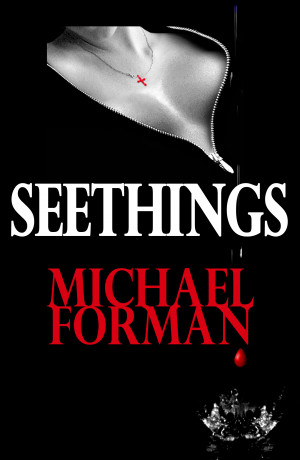 Five women's bodies are discovered after the nights of thunderstorms. Their spouses are suspected of the crimes, but it becomes clear that someone else is responsible. There's no blood and few clues. A storm photographer who specializes taking pictures of lightning may be the only witness. More
Dependable Mitchell comes with bucket loads of amiability. A joke accompanies most conversations. His warm smiles are enough to melt anyone’s ice. There’s a wonderful sense of calm surrounding our reliable, likeable protagonist.

His personable character is welcome, especially when it's placed against that of his wife’s, Sam, who spends her time checking her watch, her calendars, and organizing things. She’s extremely officiant and highly strung. This kind of character synergy should be ideal for this relationship dynamic, but the blend isn’t working. Equitable work/life balances in the Felding home aren’t easy to come by. Mitchell is dedicated to his wife and supports her unusual sensitivities, but it’s never enough. There is always another obstruction blocking the path to their happiness. We look towards the past for answers. History offers us a clue to the source of their ongoing struggles.

A long-term celibate relationship awkwardly blossomed into a sexless marriage. The heartfelt abstinence they shared together was meant to be a gift for each other on their wedding night — a promise of devotion that’d secure their love, forever. Unfortunately, it’d worked against them. Sex was misunderstood, fearful, and it never became a form of intimacy for the couple. They had become experienced non-players. Sex was turned into a weapon of a different kind.

Counselor Tony Brindell is helping the couple work on their marriage. He’s believes that the issues plaguing their lives are minor. He isn’t aware of the whole, darker truth. Despite Mitchell’s redeeming qualities, they are of no use to him or Tony. His journey into self discovery requires a kind of objectivity that neither Sam nor Tony can provide.

Michael began writing copy for newspapers in the early ’90s.

“As a photographer with a growing collection of travel photographs, I began writing copy to get them published. I sold my first story to a major Australian newspaper in 1994. Since then, my work has been printed in United Kingdom and New Zealand.”
-Michael Forman

Michael became the recipient of a diploma: Photography with Journalism.

Seethings became an entirely new writing project…. one that didn’t require a camera at all. It was to become a novel.

“I was itching to expand my creative horizons by using self-directed characters and narratives, drawing pictures with words not film.”
-Michael Forman

Seethings and Waves of Darkness are the first two books of a trilogy – a darker look at love, marriage, sex and photography. It’s about a photographer who’s eager to shoot the perfect thunderstorm but ends up inside a storm of the psychological kind.

The narrative places the reader at a cliff on the banks of the Brisbane River. A body is found near the Story Bridge by morning joggers after a night of wild thunderstorms.

Get ready for twists that will bend your senses!

(Podcast Avail: Use 'The Dirty Rabbit Hole Podcast' as search criteria in your favorite casting app.)

Reviews of Seethings by Michael Forman

You have subscribed to alerts for Michael Forman.

You have been added to Michael Forman's favorite list.

You can also sign-up to receive email notifications whenever Michael Forman releases a new book.