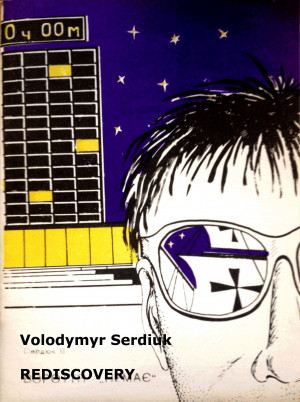 Experience:
- 1998-2001 – the Ministry of Education and Science of Ukraine, senior methodologist of the National Center of Aesthetic Education of Children, Schoolchildren, and Students.

- 2001-2006 - Kyiv Institute of Journalism, lecturer, assistant of the Department of Periodical Press.

Volodymyr Serdyuk was among those journalists who were organizing the release of the first issues of the newspapers: „Selyanska spіlka”, „Vlada і polіtyka”, „Prezidentskiy vіstnyk”, „Studentska Gazeta”, „EKO” being Deputy Editor-in-Chief, Responsible Secretary there.

During the years 2003-2004 and 2006 held the position in the Secretariat of the Cabinet of Ministers of Ukraine being Advisor providing day-to-day analytical support of the Premier Minister’s activity.

Co-operates with the Ministry of Culture of Ukraine translating plays from English and Polish languages to Ukrainian.

You have subscribed to alerts for Volodymyr Serdiuk.

You have been added to Volodymyr Serdiuk's favorite list.

You can also sign-up to receive email notifications whenever Volodymyr Serdiuk releases a new book.