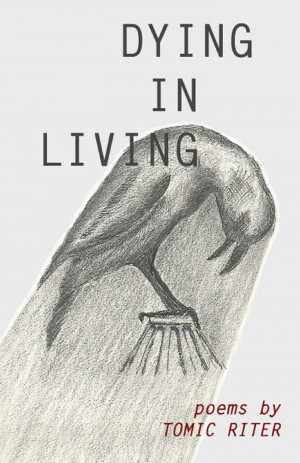 It began in 2016 when I had left my stupid desk job. This book is a result of writing poems for almost 3.5 years during which time I kept changing my job and I kept getting pushed out of one city and into another. In this collection of 50 poems, I have tried to put down as honestly as I could what I saw or heard or felt or experienced as my life went on and things kept happening. From the shock of a new city to falling drunk in love, from spending days alone looking at the walls to hours of contemplation on a meaningless, absurd life, from moments full of rage to moments of utter tranquility under a caring sun, this book has all that and much more. Pardon my use of explicit language at places. I simply cannot live without using it!

Here are few titles of the poems contained in the book :-

Tomic Riter is a writer by passion. His writing journey began in 2016 after he kicked away his boring desk job.

He loves to write poems on everyday life. He has penned around 600 poems in the last three years based largely on his own life experiences. He sometimes likes to rhyme!

His first poetry e-book Dying in Living is releasing on Amazon Kindle store on 6th June, 2020 and on Smashwords on 12th June, 2020.

He loves music. Often he is found with his earphones on. He aspires to direct a film someday.

Reviews of Dying In Living by Tomic Riter

You have subscribed to alerts for Tomic Riter.

You have been added to Tomic Riter's favorite list.

You can also sign-up to receive email notifications whenever Tomic Riter releases a new book.