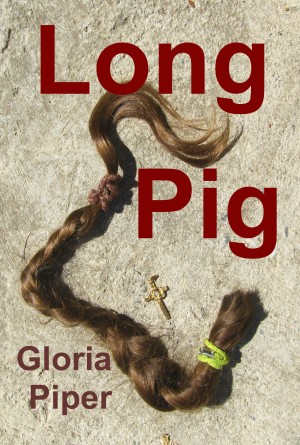 By Gloria Piper
Rated 5.00/5 based on 3 reviews
Sister Angelina ranked with the lowest in her commune, despite being the priest's wife. After all, the position of priestess was already filled by a woman of great power. Angelina never questioned this. She never questioned the thrall in which her husband held her. She had no questions at all, until the brothers brought in a child whose spirit was too bright and who asked too many questions.

When working in biology, I missed art. When working in art, I missed biology. It took a bout of multiple chemical sensitivities to limit me to writing. At last here was a niche in which I felt old-clothes comfortable. At last I could indulge all my interests, from art and science to nature and spirituality, from reality to fantasy. My most recent awards range from honorable mention to editor's choice for my science fiction and fantasy writing.

I live in Northern California with my husband of late years who thinks I'm the most beautiful lady he's ever met and tells me a hundred times a day in a hundred ways how much he loves me.

The Escape of the Long pig, Connie and Angelina!
According to the author, Gloria, "the 1960s and 70s provide the spirit for this story. It was a time of social ferment, when the young and the young at heart stormed the walls and ceiling of convention" for satisfaction, quest for metaphysical powers and search for fulfilment beyond material. Many crashed and were drown. Some became reborn, born again.
Long hair Connie Lightener, a Catholic girl from a very religious home was kidnapped through spell and brought to be indoctrinated and recruited as a devotee or be sacrificed in a commune (Eterne Sanctuary) headed by Father Williams and Priestess Mara, in an isolated cult settlement far from civilization.
She was entrusted to Angelina (enstranged wife to the most holy) and the two developed a strong emotional attachement, strength of the spirit and a stubborn desire for freedom, and reconection to their loved ones.
Angelina from Hanksburg, population of about three thousand. Why did she follow William when it was Larry LaPena she loved? Because he was poor? Kidnapped or was tricked,... that was not clear except she was under William's spell and attached to him through the engagement and wedding ring given to her. Her Dad was a minister, and she was raised in the Church. "Then she met William and was mesmerized by him and his unorthodox views." She eloped with William to join the commune as William 's wife.

The Holy Ones had required her to give up her baby for Spring Renewal, the first time she had ever heard of long pig. The cult cook and ate the foetus. Sister Travers, was the cook. The Hansel and Gretel witch, the papers had called her.
Sister Margaret, Sister Rose, Sister Elizabeth, Sister Susan…nearly all the women had sacrificed infants prematurely delivered by Mother Mara.
The death of Father William and the fear of the imminent death awaiting them spurred Angelina to escape with Connie. They risked death and other dangers in the bush and their long journey till by chance they came on Ursula who rescued both her and Ursula's daughter, Connie.
Mrs Ursula Lightener , Connie and Angelina then became bonded in an enduring friendship.
Police raided the commune (Eterne Sanctuary ) hideout, arrested and jail the cook and others but Mara and father Anthony escaped justice.
Forgiveness can truly bring peace of mind and recovery- resolved the reborns (Angelina and Connie)
A good story, thought provoking and almost a today's reality, the experience of most who opted for the so called cult religion, spell casting and devilish worship practices.
Got a copy for an honest and non reciprocal review, and is convinced to appreciate the creativity and the style of the author (also, the hard lessons the book taught ) with a five star.
The ending could be better written to remove the impression that it was rushed. A good epilogue is always appreciated.

REVIEW OF ‘LONG PIG’ by Gloria Piper
I loved this little novella. Not sure what genre I’d place it in – it’s not really horror as such. Neither is it a thriller or a mystery. Of course I knew what ‘Long Pig’ was before I read the book, so I sort-of thought I knew how the story would play out. But I played right into the author’s hands. She knew I knew, and she managed to throw a different ending into the mix. I’m glad she did, because anything else would have been a disappointment. I don’t want to spoil the read for anyone else so I won’t say any more. Gloria is an accomplished writer and her style is confident and effortless, so it’s a joy to read.
This is an honest assessment of a free review copy of ‘Long Pig’.

This is the amazing and touching story of one woman's transformation from enthralled cult member to free citizen. While the cult practices a pretty awful ritual, I'm not sure that this book fits in the horror genre. There's conflict and suspense as Angelina and Connie see the cult for what it is and attempt their escape. Is William's influence over Angelina real, making this a fantasy? Or is it all in Angelina's head, placed there because of the brainwashing and shocking losses she's endured? It's an open question left for the reader to explore.

The work is definitely inspirational, and while the two main characters display faith, it doesn't push religion in the reader's face. I very much enjoyed this story and will be checking out other works from this accomplished author.

I received this book in exchange for an unbiased review.

You have subscribed to alerts for Gloria Piper.

You have been added to Gloria Piper's favorite list.

You can also sign-up to receive email notifications whenever Gloria Piper releases a new book.