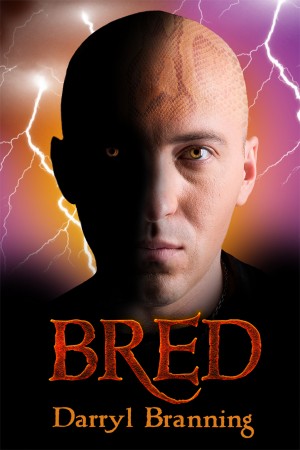 By Darryl Branning
Rated 4.00/5 based on 2 reviews
Demel was bred for power, born into slavery, and lives in the city of sorcery. His talent for remaining unnoticed allows him to grow into, and master, his power. But when he frees himself from a powerful control curse, he releases a storm of events which threatens all of Lyn. Demel, and his sometimes reluctant allies, are the only ones who can stop a thousand years of violence and oppression.
Available ebook formats: epub mobi pdf lrf pdb txt html
You set the price! USD
Buy Add to Library Give as a Gift
How gifting works
Create Widget
Tags: action fantasy magic
About Darryl Branning

Reviews of Bred by Darryl Branning

Overall, I enjoyed the story. The world was well crafted and people felt true. However, I found my attention was hot and cold, so it took me a long time to finish reading it. Sometimes I got lost in the politics. I loved the prologue and epilogue as seeing his parents made me relate to this unique character. It is a good summer read.

This book was really good. My housework got done late today, because of this book.

It wasn't quite perfect. There was some world building and politic details that played big parts in the finale scenes that I thought should have been foreshadowed earlier. And despite the professional editor, there was quite a few edits missed. The beginning wandered a little bit, for my tastes.

Oh, and I am not happy with the author about one of Thamus' actions. (You'll know it when you read it.) *shakes menacing finger*

The world was quite fascinating. I really liked what the author did with the Prologue and Epilogue set-up, although I didn't "get it" until the Epilogue.

And I had to laugh, my apologies to the author, at the Glossary. It was useful, though still missed a couple titles I wanted better explanations for, but there was one part that looked like something Branning meant to go back to and fix before publishing and didn't. Namely, the wrong name of a father's character beside the son's name with a ? beside it. The name with ? was the name of one of the gods, but the father was correctly named in his own listing.

Don't worry, I've done it myself. Still, having been there, I did have to giggle.

Anyways. Despite my minor issues with some of it that might have meant a 4 or 4.5 otherwise, any book that holds on to my attention the way this one did once I was about a third of the way in deserves a 5. This author has another novel, which is awesomely free, that I totally just grabbed and will read soon.

You have subscribed to alerts for Darryl Branning.

You have been added to Darryl Branning's favorite list.

You can also sign-up to receive email notifications whenever Darryl Branning releases a new book.