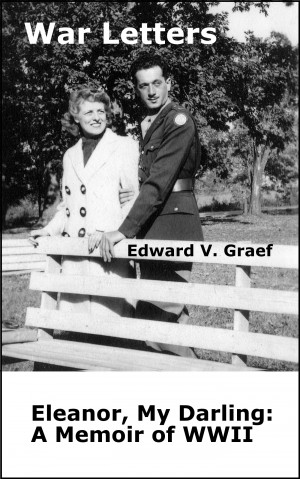 Edward V. Graef was a gifted mathematician though he had no formal training in math. He had a M.A. in Social Administration from Ohio State University and a B.S. in History and Education from City College of New York. By the time he retired, he was Executive Director of the Health Research and Services Foundation in Pittsburgh (part of the United Fund (United Way)), and was responsible for creating the Health-O-Rama, which provided free health screening.

Edward served as an Army infantry captain in the Philippines during WWII, and was awarded a Bronze Star. He first demonstrated his mathematical abilities while in the service. He devised a method of firing mortar when the sight is lost or broken, and received a Legion of Merit commendation for the effort.

While in the service, Edward married Eleanor Marshall, an American Red Cross volunteer and the daughter of a former mayor of Columbus, Ohio. They had four children: Ed, John, Howard, and Marsha. It was while helping his children with geometry homework that his interest in the Three Ancient Problems began.

Edward was also an accomplished writer. He took the daily letters he wrote to his wife during WWII, and compiled them into a memoir. Entitled "War Letters: Eleanor, My Darling--a Memoir of WWII", it is available as an eBook. 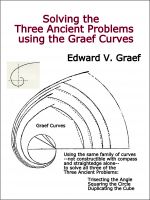 You have subscribed to alerts for Edward V. Graef.

You have been added to Edward V. Graef's favorite list.

You can also sign-up to receive email notifications whenever Edward V. Graef releases a new book.