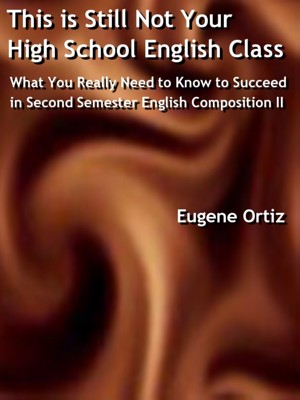 This is Still Not Your High School English Class: What You Really Need to Know to Succeed in Second Semester English Composition II

Before he began teaching undergraduate writing, Ortiz was Editor and Publisher of The Writer's Nook News, a nationally circulated, quarterly newsletter for freelance writers.

Trivia: Ortiz has a black belt in Aikido and occasionally does background acting (a.k.a. 'extra' work). While living in Texas, he had a recurring non-speaking role as a Houston police officer on the hit NBC show, "Chase".

You have subscribed to alerts for Eugene Ortiz.

You have been added to Eugene Ortiz's favorite list.

You can also sign-up to receive email notifications whenever Eugene Ortiz releases a new book.