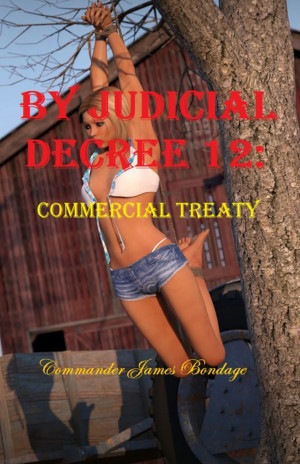 This is the first new novel in the By Judicial Decree series since 2018,and as always with Commander James Bondage novels, it is chock-full of hot bondage and sex scenes.