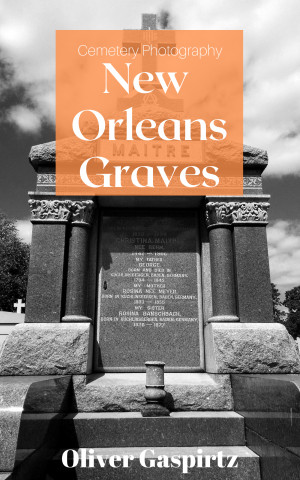 If you’re ever in New Orleans, be sure to visit some of its historic cemeteries. You won’t find any grander above ground tombs in America, than the ones in New Orleans.

While you take a silent stroll through the city of the dead, remember that those structures you’re looking at are not churches or chapels or mansions.

They’re just the graves of very rich dead people, who couldn’t take their wealth with them.

Gaspirtz's award-winning cartoons have appeared in hundreds of newspapers and magazines like Saturday Evening Post, SUN and National Enquirer.

His work has also been featured in dozens of books, including the New York Times best-selling series, Chicken Soup For The Soul.

Gaspirtz cartoons have been on display in several museums, like the Museum of Modern Art in Tehran, Iran and the National Museum of Cartoon Art in Boca Raton, Florida.

He created several 8-bit games, and worked as project manager for a few games that were published by a subsidiary of Electronic Arts.

His neighbor is Butters from South Park. Well, the show's co-creator that the character Butters is based on. Yes, really.

Visit the artist at Gaspirtz.com - Like Banksy, but worse.

About the Series: Cemetery Photography

You have subscribed to Smashwords Alerts new release notifications for Oliver Gaspirtz.

You have been added to Oliver Gaspirtz's favorite list.

You can also sign-up to receive email notifications whenever Oliver Gaspirtz releases a new book.