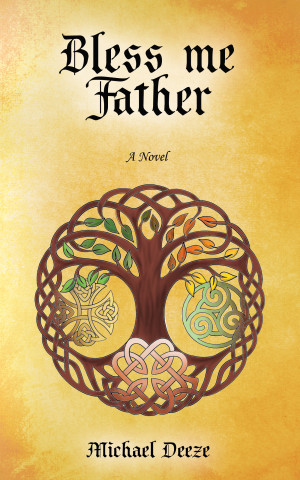 By Michael Deeze
If you dance with the devil, sooner or later you must pay the devil. There are a lot of devils in the world and Emmett Casey’s dance card is always full. When we first meet him, it’s time to pay up: it’s decision time. More
The mean streets of inner-city Chicago and the high-rise housing projects are a tough place to grow up unless you learn to swim like the other fish. Emmett Casey is a quick study but a slow learner, and he learns most of his lessons the hard way. As he navigates through the guilt and shame instilled by the Catholic nuns and priests, he learns that he can only trust his own instincts and the example that his father sets for him. He struggles to function in a world where he is far too smart for a society that moves too slowly for his restless spirit. He finds trouble because it is more interesting than the life that surrounds him, but trouble can have mortal implications when it goes beyond just interesting. Bad decisions and lack of commitment are tough to counter.

As a young adult with no direction the Army finds him. War takes him to the places within himself that he fears the most. The man in the mirror begins to resemble his father.Through the steaming jungles of Vietnam, Emmett struggles with his world and himself. The rough beginnings in the slums of Chicago shaped him and made him tough; the last thing he wanted to be. Good and evil become relative to the situation, and he learns to dance with his devils—quickly.

MICHEAL DEEZE was a child in the notorious Maplewood Commons housing projects of inner-city Chicago, growing up hard. And fast. Surrounded by crime and violence, his family struggled to just hold their own while trying to escape their own poverty. Deeze gained street sense young, and it became the backdrop for a life of multiple indiscretions and occupations, call them what you will.

Deeze is a natural-born storyteller—in life and in print. A child of the sixties, he draws extensively from his own diverse experiences and subsequent education to introduce the hapless Emmett Casey. As U.S. Army veteran and retired Doctor of Chiropractic, Deeze now lives in Illinois after spending decades living near the forests of northern Wisconsin. He’s a devoted father to his three children, a magical daughter, two grown sons, and his dog. His first novels are the critically acclaimed Bless Me Father, and For I Have Sinned, The Heretic is the final novel in the series.

Reviews of Bless Me Father by Michael Deeze

You have subscribed to alerts for Michael Deeze.

You have been added to Michael Deeze's favorite list.

You can also sign-up to receive email notifications whenever Michael Deeze releases a new book.