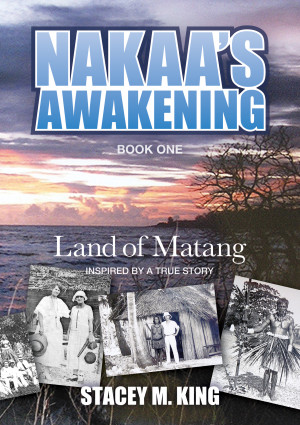 In 1900, the Williams family move to remote Ocean Island, where John is to oversee the phosphate mining. Ella loves her new home, but conflicting loyalties and cultural differences bring her grief. Meanwhile, destructive mining practices threaten the near extinction of the indigenous Banaban people. Inspired by the author's family. More
The year is 1900, and John Williams has come to the remote Pacific island of Ocean Island (now known as Banaba) to oversee the new phosphate industry. His wife, Ella, and their two-year-old daughter, Gwennie, follow him to begin their new life.

After her initial culture shock, Ella grows to love the island and its people and to care deeply about their plight as the phosphate mining gradually destroys their beautiful home.

While John supervises hundreds of indentured workers, Ella and Gwennie get to know the Banaban people, their culture and beliefs. Tetabo, their houseboy, teaches Gwennie about his people's magic and mysteries. John fears that his daughter is growing up like a native, but Ella refuses to send Gwennie to Australia to school.

John, while loyal to the mining company, is uneasy at his superiors' treatment of the island and its people. Discontent and riots among the imported mine workers challenge him, the Banabans' anxiety about the mining worries him while the changes to his family perturb him.

Nakaa's Awakening; Land of Matang is based on the author's researched family history. It is a story of conflicting loyalties, cultural differences and a family adjusting to a new environment while destructive mining practices threaten the near-extinction of the Banaban race.

The survival of the Banaban people into the twenty-first century is a triumph of the human spirit over industrial might. They continue to believe that good will overcome evil as they struggle to survive the wrath of the evil spirit Nakaa and his Awakening.

Stacey M. King is a businesswoman with commercial interests in the natural health industry and indigenous arts throughout Australia and the Pacific. She is an author and historian who specialises in Banaban Colonial history. Her association with the Banabans is more than a casual interest. Four generations of her family were involved with the early mining industry of Banaba (also known as Ocean Island) from the discovery of phosphate from 1900 to 1931.

In 1991, she began research on her family’s history in 1989 for a historical novel based on their lives titled – Nakaa’s Awakening (due for publication release September 2019), the first in the Land of Matang trilogy. From her first meeting with the Banabans in 1992, she has worked extensively on aid projects to try and assist the Banaban communities on Rabi and Banaba Islands. She went on to become the founder of the Banaban Heritage Society in 1995, a non-profit incorporated association to preserve Banaban history and better the lives of the Banaban people. During this period she was involved in the research and coordination of various Australian and international television documentaries including:
60 Minutes, Nine Network, Australia (1993),
Banaba – Grief for an Island Home in the South Pacific, Foreign Correspondent, ABC, Australia (1995),
Paradise Lost, NHK Network, Japan 1997,
Coming Home to Banaba, BBC OUL, United Kingdom (1997).
She has also written various articles on the Banabans for worldwide publication over the past 30 years.

In 1997, she formed a personal and collaborative partnership with Ken Raobeia Sigrah, a Banaban Clan historian and spokesperson. They both soon discovered their shared passion for seeking justice for the Banaban people and to see the rehabilitation of the Banaban homeland left destroyed by the mining. Together they have built one of the largest private collections on Banaban history from a European and indigenous perspective.

Their first published work, Te Rii Ni Banaba (2001), is a history book written from an indigenous perspective and endorsed by Banaban Clan elders. In November 2004, she led a Banaban delegation of four to the International Small Island Study Association conference in Kinmen Island, Taiwan where she presented the following papers, Legacy of a Miner’s Daughter and Assessment of the Social Changes of the Banabans after Phosphate Mining on Banaba (2004). She has co-written papers on the following indigenous issues, The Cultural Identity of Banabans (2004) and Essentially Being Banaban in Today’s World: The Role of Banaban Law Te Rii ni Banaba (Backbone of Banaba) In a Changing World (2004). In Jan 2006 she presented a paper, Australia-Banaba Relations; the price of shaping a nation is now a call for recognition (2006) at The Pacific in Australia - Australia in the Pacific conference Brisbane, Australia. In 2011 their paper, The Banaba-Ocean Island chronicles: private collections, indigenous record keeping, fact and fiction, was published in Hunting the Collectors: Pacific Collections in Australian Museums, art galleries.

King and Sigrah share the belief that their lives and destiny are intertwined, bringing them together so they could try and right the wrongs of the past. With the establishment of Banaban Vision Publications, they are converting much of their writings and research findings into digital publications for future Banaban generations and for a broader audience keen to learn more about the plight of the indigenous Banaban people in the modern world.

You have subscribed to alerts for Stacey M. King.

You have been added to Stacey M. King's favorite list.

You can also sign-up to receive email notifications whenever Stacey M. King releases a new book.