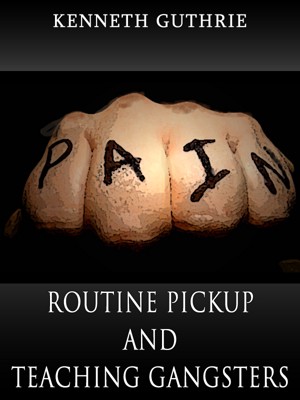 By Kenneth Guthrie
Two full pace stories for cop story fans. In the first story, Jack is pushed to the limit against dangerous robbers, who want him dead. In the second story, Jack's on community watch. Unfortunately, the gangsters in the area aren't playing fair and what should have been a catch and release turns into an all out war! Action at its best! More
1. Introduction
These two stories fit into The Beat Action Series. If you are interested in reading more of my similar themed work, why not try out The Enforcer Series?

3. Description (The Beat #1)
Jack is on the beat doing his rounds when he comes across something he doesn’t expect. A routine pickup becomes a fight for his life as a bunch of criminals conspire to take his life. Jack must fight to survive against the stiff odds thrown his way if he wants to see his way through this. “Spectacular cop action.”

4. Description (The Beat #2)
Jack’s no hero. He just wants to finish up his run of punishment teaching juvie-to-be kids to stay off crack and enjoy a beer and some action flicks after work. Unfortunately, a cop’s life is never easy and with a pimp about to whack one of his students right before his eyes, he finds himself taking on a bunch of gangbangers to save the little fool. It’s all out action cop style.

5. Notes
- Cops Vs. Gangsters
- Hardcore Action
- Gang warfare
- Cop on the edge
- Hardboiled on the run

Kenneth Guthrie lives in the US and writes on a variety of topics from crime, westerns, thrillers, horror and more.