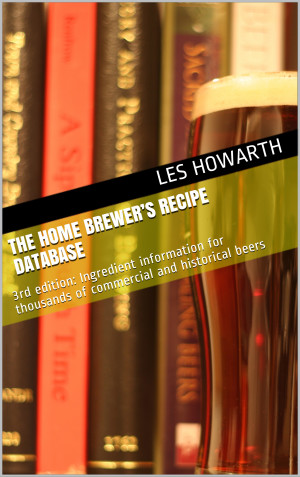 Les Howarth attempted his first full mash home brew in 1979 in spite of not having the appropriate equipment. The result was a comedy of errors with grain, water, hops and wort ending up being distributed over his mother’s kitchen in Liverpool. Nevertheless, the resulting brew turned out to be the best beer he had brewed up until that date. But these brewing difficulties meant that he did not attempt to perform another full mash until two years later, when his continuing dissatisfaction with the tinned beer kits of the time resulted in his investing in a “Bruheat” masher/boiler. This was the start of a highly enjoyable and satisfying pastime with progressive improvements in equipment, ingredients and technique, leading to even better beers. Les is a life member of CAMRA (Campaign for Real Ale), honorary life member of Scottish Craft Brewers and has been a member of the Craft Brewing Association, Cambridge Craft Brewers, the Oxford Brewer's Group and the Midnight Carboys of Crystal Lake, Illiniois. Les is happily married to Mariana and works as an industrial R&D scientist.

You have subscribed to alerts for Les Howarth.

You have been added to Les Howarth's favorite list.

You can also sign-up to receive email notifications whenever Les Howarth releases a new book.