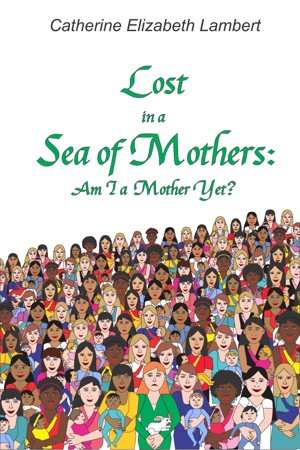 Lost in a Sea of Mothers: Am I a Mother Yet?

Catherine Elizabeth Lambert has been writing for over seven years now and published her first book, a memoir, "Lost in a Sea of Mothers: Am I a Mother Yet?" back in November 2011. Catherine released her second book, a fictional romance novel, "Mitch and Sea" in December of 2015.

Catherine was born in Baltimore, MD. She graduated from high school in 1991 and received her A.A.S. in Veterinary Technology in 2003.

Catherine has been married for over twenty-two years and she and her husband are in their early forties. The Lamberts tried to conceive children off and on for almost 16 years. In the summer of 2005, the Lamberts became certified foster parents but retired after only 5 years. Currently, they are parents to three young adults who were formerly in the foster care system. In October of 2012, the Lamberts adopted one of them (the other two did not want to be adopted). In February of 2013, their adopted daughter gave birth to a beautiful baby girl and the Lamberts are now proud grandparents.

HINT for uploading to kindle from this site: you have to plug your kindle into the computer and then go into your computer Downloads file were it should have been uploaded to, click and drag it over to your kindle file which will come up when you plug it into computer.

Reviews of Lost in a Sea of Mothers: Am I a Mother Yet? by Catherine Elizabeth Lambert

You have subscribed to alerts for Catherine Elizabeth Lambert.

You have been added to Catherine Elizabeth Lambert's favorite list.

You can also sign-up to receive email notifications whenever Catherine Elizabeth Lambert releases a new book.