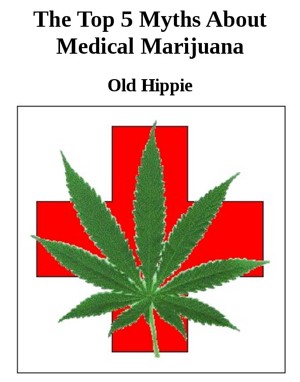 The Top 5 Myths Of Medical Marijuana

By Old Hippie
Rated 5.00/5 based on 1 review
This little book is a handy, portable way to counter "official" lies, propaganda and misinformation about Medical Marijuana with the kind of hard-hitting facts that just might change some minds, and perhaps save some lives in the process; maybe even yours, or that of someone you care about.

Contains over 50 references and footnotes (as hyperlinks). More
You have to hand it to the U.S. Government. Without the money, might, and monotony of this monolith, it would have been impossible to suppress and distort the truth about cannabis – a plant used beneficially by humans for the last 5,000 to 10,000 years.

But that’s in the past, because the truth — like a plant — has the habit of coming to the surface no matter how many times it’s stepped on. Thanks to the Internet, the greatest information sharing and publishing facility in history, we now have access to a wealth of historical records, medical research, and user experiences about cannabis. The net result of all this information is that everyday people, not just people involved in the medical marijuana community, are starting to learn the truth.

Old Hippie is a father of two boys and thankfully living in California where all this kind of thing is legal. He started smoking marijuana in 1967 in high school, experimented with mind-expanding drugs of all kinds, and then straightened out 15 or so years later to become an airplane pilot. After being diagnosed with depression in 2000, he lost his job and most of the following decade to prescription medications (such as antidepressants) which sapped his energy and will. Finally, a chance conversation with a friend led to a doctor’s recommendation for medical marijuana (MMJ). This changed his entire life, health, and outlook for the better.

His blog at BeyondChronic.com is his continuing story. It’s also his way to provide experienced advice on using medical marijuana effectively and responsibly, as well as advocacy, activism, and support for others. 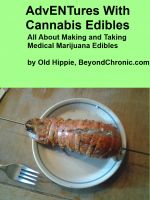 Old Hippie has a commercial flavor that the original “for real” hippie of the sixties did not have. My take on cannabis use is that it does no harm to others and it is not socially dangerous, so state power should leave it alone—as John Stuart Mill would argue. Old Hippie’s book provides some useful information in case you use medical marijuana. The writing is good and the info provided seems trustworthy.

You have subscribed to Smashwords Alerts new release notifications for Old Hippie.

You have been added to Old Hippie's favorite list.

You can also sign-up to receive email notifications whenever Old Hippie releases a new book.