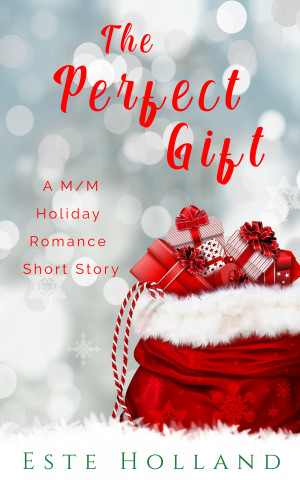 About the Author
Este Holland is a writer and reader of all things Romance. She's also a treasure hunter, a word wizard, a lover, and a fighter. She was born and raised in WV, and now lives in Virginia. She works in marketing during the day. She began writing novels in 2012.

I downloaded this from some giveaway, a year or so back. I have read this story three times. The action has a number of tricky places, in which you can say, “I knew that would happen!”—but only after reading it.
The main characters are both good folks, which deﬁnitely helps the story move. I recommend this highly, and I hope you read it at a time when you can get through it in one sitting!

The Perfect Gift (2019) by Este Holland is a wonderful short Christmas romance read.

The plot follows the two MCs Charley and Ezra who are work colleagues in an office and have secretly have been in love with each other for ages. But after Charley leaves a special gift in Ezra’s office, Ezra asks if he can spend time with Charley to get to know him better in order to get him the perfect gift in return. Can love finally blossom between the pair?

I really liked the story. The two characters are great. Their backstories are really well fleshed out and ensure that as readers we understand where both of them are coming from. They are very different from each other but they have great respect for each other which was lovely. Their chemistry is gorgeous and the secondary characters are wonderful too. Each of them really add to the plot as well as the MCs.

The ending is predictable but it’s meant to be so I didn’t mind that. I certainly didn’t want it to be any other ending for sure! My only flaw is that I thought it could have been made clear that the chapters were swapping between both Charley’s and Ezra’s POVs. It was clear when you read the chapters but maybe putting their names above it could have made it better. It’s a small thing so I’m not going to take anything away from the book because of it but it was something I thought could have improved it.

Very cute and sweet read. Straight to the point and beautifully romantic.

You have subscribed to alerts for Este Holland.

You have been added to Este Holland's favorite list.

You can also sign-up to receive email notifications whenever Este Holland releases a new book.