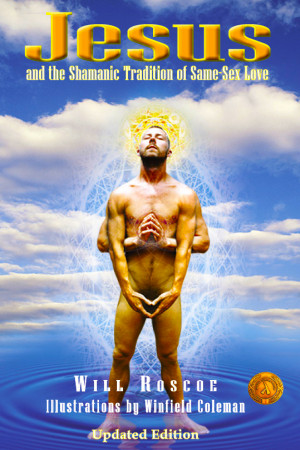 Jesus and the Shamanic Tradition of Same-Sex Love

Will Roscoe received his Ph.D. in History of Consciousness/Anthropology from the University of California, Santa Cruz. His first book, The Zuni Man-Woman (University of New Mexico Press) received the Margaret Mead Award of the American Anthropological Association and a Lambda Literary Award. He has since published Queer Spirits: A Gay Men’s Myth Book (Beacon) and Radically Gay: Gay Liberation in the Words of its Founder (Beacon) by Harry Hay. He is also co-editor of Islamic Homosexualities (New York University Press) and Boy-Wives and Female Husbands: Studies of African Homosexualities (State University of New York Press) and coordinating editor of Living the Spirit: A Gay American Indian Anthology (St. Martin’s Press). In 1998, he published Changing Ones: Third and Fourth Genders in Native North America (Palgrave Macmillan), a comprehensive study of the Native American two-spirit tradition. In 2003, he received a Monette-Horowitz Award for lifetime achievement in combatting homophobia. For more on Will and his writings visit willsworld.org.

You have subscribed to Smashwords Alerts new release notifications for Will Roscoe.

You have been added to Will Roscoe's favorite list.

You can also sign-up to receive email notifications whenever Will Roscoe releases a new book.