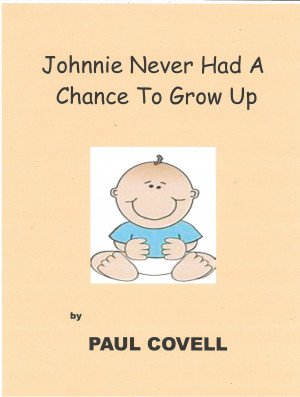 Johnnie Never Had A Chance To Grow Up

By Paul Covell
The Founders of the United States feared a King. They knew the Executive must have plenary power of the Executive Branch of Government. How to keep a Powerful Executive from becoming a King? The answer was Separation of Powers. Create the Legislature as a co-equal branch of government, which would have control of purse-strings and oversight over the Executive. An independent Judiciary defined law. More
Johnnie had a martinet for a father and an indulgent admirer for a mother. Johnnie never confronted his father directly. He merely did things that his father forbade, like ducking into Manhattan as a young teenager. The father fought back by sending Johnnie to New York Military Academy. Johnnie suffered through high school as a cadet, and graduated from college after fits and starts. But Johnnie Never Had A Chance To Grow Up. Rather than go to work, Johnnie joined the family business. The father built commercial and residential real estate in Brooklyn and Queens, but never ventured into Manhattan. Johnnie could not wait until he could do a deal in the City. Johnnie gradually became a dominant force in the family business. As his father regressed into Alzheimer's, Johnnie became the Authoritarian.

Johnnie allowed that his father gifted him with one million dollars to get started in business. Always loose with facts and figures, Johnnie forgo about the other two hundred million he took from his father. To avoid inheritance taxes, he depleted his father's estate of of hundreds of millions in property and funds. When his father's emaciated state was probated, his niece was deprived of millions of dollars that would have gone to her under the father's will. Somehow Johnnie became a self-appointed expert in business and politics. He placed his companies in bankruptcy six times. New York State shut his charity down as a scam. His university was closed as a fraud. His venture into politics is an ongoing disaster of the first magnitude. Will a minority of Voters fall for him again on November 3, 2020?
Download: epub mobi (Kindle) pdf more Online Reader
lrf pdb txt
Price: Free! USD
Add to Library
Create Widget
Tags: espionage corruption congress impeachment authoritarian enablers elections 2016 2020 campaign commutation stunted childhood
About Paul Covell

Paul Covell is a graduate of Boston Latin School, Boston College, and Boston College Law School; formerly was licensed to practice law in Massachusetts, New Jersey, U.S. Virgin Islands, and Washington, D C; is now licensed in California (inactive); and writes to alert the Nation to dangers of making political choices while under the influence of propaganda.

The author was motivated to write after the theft of the 2000 election by the G.O.P and the Supreme Court, the Swiftboating of John Kerry in the 2004 election, the attempt to delegitimize our duly elected President in 2008, the G.O.P. War on Women's Rights, & the G.O.P. attempt at Vote Suppression and Voter Intimidation.

The Nation elected Donald J. Trump in 2016 to protect U.S. borders and jobs. What hold do the Russians have on this President? 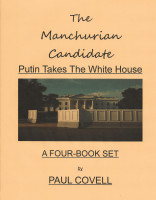 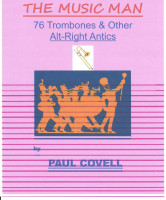 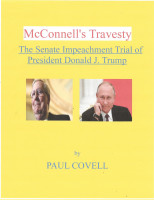 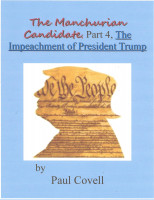 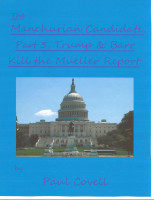 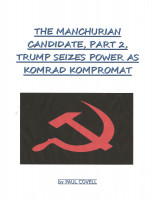 You have subscribed to alerts for Paul Covell.

You have been added to Paul Covell's favorite list.

You can also sign-up to receive email notifications whenever Paul Covell releases a new book.