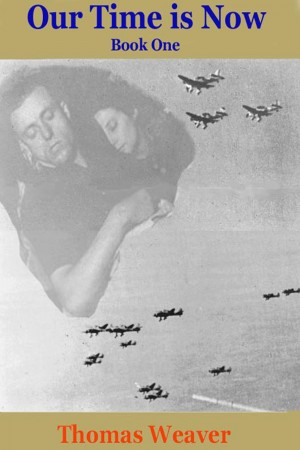 Our Time Is Now 1

This is the story of the development of their love and their relationship, leaving little to the imagination, set against the background of the war and the fear not only of the almost nightly bombing of their town but also the likelihood that Tommy will be called up into the Armed Forces. Living for the day, each passionate moment they had together was precious…
Available ebook formats: epub mobi pdf lrf pdb txt html
First 20% Sample: epub mobi (Kindle) lrf more Online Reader
pdb
Price: $2.99 USD
Buy Add to Library Give as a Gift
How gifting works
Create Widget
Tags: romance 1940s young love ww2 lovers oversexed the blitz wartime romance
About Thomas Weaver

About the Series: Our Time Is Now

For Mary and Tommy, the conventional morality of the 1940s made their relationship difficult, particularly because their powerful sex-drives refused to be denied. The urge for physical love was too strong to resist, and some of their activities become more than a little kinky. Under the shadow of the war, the nightly bombing, and the likelihood that Tommy would soon be called up into the army, life was not easy.

A sensual story of the urges of young love when sex before marriage was often regarded as immoral. Beneath a veneer of respectability, there was far more going on than some would have realised. The characters in this book, some only making cameo appearances, tell of how it really was, including Mary’s mother Pat who looks and behaves more like her elder sister and isn’t the least concerned at being naked in front of Tommy; Pat’s friend who is probably her lesbian lover; Charlie, a young woman who works with Mary and who knows more about sex than any girl of her age should know and is interested in Tommy – and in Mary too; the Scoutmaster and “Brown Owl” caught together naked under a blanket during a storm; and Jimmy the Spiv and his long-suffering girlfriend.

Also in Series: Our Time Is Now