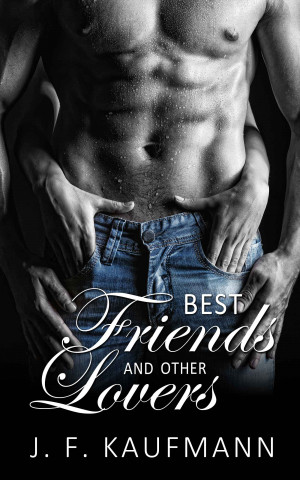 Best Friends and Other Lovers

Rated 4.50/5 based on 2 reviews
Two lonely souls trapped in a stormy night. A blind date gone awry. A quest to save the best friend from the worst mistake of his life, with a dash of Christmas magic... Three couples, three adventures, three love stories. More
ONCE UPON A NIGHT
At first glance, Angela and Nick don’t seem to have much in common: she’s a young widow trying to make ends meet, and he’s a successful businessman in his mid-thirties. He’s confident, well-educated and eloquent; she’s shy, has struggled through school and communicates more easily with horses than with people.
But they share an aching loneliness and the need for a brief escape – Angela from the ghosts of her past, and Nick from his uncertain future.
When the clock strikes midnight, will it bring the end or a new beginning?

BLIND DATE
Two years after her divorce from Nick, Hannah is ready to move on. But when her friend pushes her to go on a blind date with a gallery owner, Hannah is hesitant. She’s attracted to Edward, an architect who works in the same building.
Edward also has a blind date. The woman he’s about to meet, according to his friend, is “brilliant and gorgeous”. Edward would be intrigued if only he could stop thinking of the quiet, shy and sexy-as-hell Hannah, the book editor from the top floor.
With Hannah’s company moving out of the building, will she and Edward have enough time to open up to each other? Or will they give up and take a chance on the blind dates neither of them cares about?

BEST FRIENDS AND OTHER LOVERS
Deanna is on a mission. Her best friend is about to propose to a wrong woman and Deanna has a few precious days over Christmas to save him from the worst mistake of his life.
Ted, a long-time bachelor, has decided to settle down. A ring in his pocket, he’s ready to pop the question. He just needs to be sure that his future wife loves him as much as he loves her.
A relaxing holiday is an opportunity to get his answers.
With a dash of Christmas magic, Deanna and Ted’s wishes may come true.
Download: epub mobi (Kindle) pdf more Online Reader
lrf pdb txt
Price: Free! USD
Add to Library
Create Widget
Tags: love stories hot romance steamy romance adult romance sexy romance hot and sexy christmas love couple friends dating romance
About J. F. Kaufmann

J. F. Kaufmann started her writing career in newspapers and magazines. She is the author of "The Red Cliffs Chronicles" and a collection of contemporary love stories, "Best Friends and Other Lovers."
She lives is Calgary, Canada.
Visit her blog at www.jfkaufmann.com.

Reviews of Best Friends and Other Lovers by J. F. Kaufmann

This trio of romantic encounters features three different couples. An interesting aspect is the family and friend relationships that exist among the six individuals, in addition to the sexy encounters that are the focus of each story. So, for example, Nick in "Once Upon a Night," the first story, has an ex-wife named Hannah. She is the female lead in "Blind Date," and Nick's sister Deanna is the narrator and main character of "Best Friends & Other Lovers," the third and final story. That means there are references in the later stories to the people in the earlier ones, a nice touch.
For the most part, the characters are professionals in their 30s--doctors, architects, business consultants, etc. They have lots of money at their disposal, so the reader is treated to pleasant surroundings, lovely clothes, and delightful meals.
The first story, "Once Upon a Night," is about a relationship that develops from unlikely to actual, thanks to a winter storm. It's told in first person from alternating points of view, hers and his. Since there is quite a lot of steamy sex, I must commend the author on capably rendering the sensations and emotions of both parties.
"Blind Date" begins with a fantasy that becomes reality played out in detail. Readers will definitely want to keep a fan handy for this one. It fairly sizzles.
"Best Friends & Other Lovers" is subtitled "a Christmas story," and indeed it is. I liked this one the best of the three because it contained more characters and backstory, which made the main characters more relatable and sympathetic. Good friends Deanna and Ted go to his grandmother's ranch near Calgary, Alberta for Christmas. In addition to holiday warmth and fun, there's the question of when (or if) Ted plans to propose to his absent girlfriend, and how that might change his friendship with Deanna.
The sexual situations in these stories are explicit and detailed but not gratuitous. All sex is consensual and responsible. I'm not a dedicated reader of romance, but I found these stories to be well-written and diverting.
I would recommend this book to fans of spicy romance.

Loved all three of the books. The first one's ending was a little abrupt but that was okay. The second one was the fastest-paced of all of them. But if you know me, I like a good fast-paced romance. The last one was the most aggravating but so rewarding at the end. I'm happy all three of them got their happy-ever-afters.

You have subscribed to Smashwords Alerts new release notifications for J. F. Kaufmann.

You have been added to J. F. Kaufmann's favorite list.

You can also sign-up to receive email notifications whenever J. F. Kaufmann releases a new book.