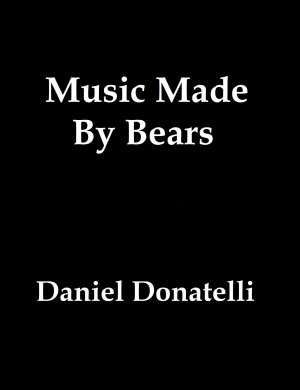 Music Made By Bears

Daniel Donatelli's Brief Bio: For The Reader, By The Author Himself

My right arm is such a cannon that my brother once said I could throw a paper cup through a file cabinet.

With plans on one day writing a heart-glowingly emotional autobiography, I think right now I'd rather just treat you—you who are interested in learning more about me, for whatever glorious reason—to a Jackson Pollack–like flinging of colors, of background fact, on the almost limitless canvas in that lovely inquiring mind of yours.

I started losing my hair when I was fifteen (brutal!), and I was a second-team all-state baseball player my senior year in high school (sweet!). That was more than a decade ago, in 2000.

I have a bachelor's degree in Magazine Journalism from Beer (strikethrough) Ohio University. I barely graduated because a features professor accused me of plagiarizing myself (true story, and indeed I did plagiarize myself, but there was no rule on the books against it, so they let me graduate).

I never went to grad school because I saw it as a parachute that cowards take off the high-dive into the pool of the marketplace. I figured I could handle the splash just fine, and, so far, I have.

The majority of whom I imagine would be mortified to be listed in each other's company.

Additionally, I should also cite, at the risk of looking like a dreadful populist, the recurring inspiration I also find in the otherwise unintentional poetry of the mass of inhabitants on this fantastic planet. (Although I am aware of the grammatical rules that can result in great literary structures, I have a respect for nearly all forms of communication—from the formally codified to the ignorantly cutting-edge.)

I was born in Cleveland, Ohio, in 1981, to two kind, hardworking, devoutly Roman Catholic parents. I have two older brothers. People seem to love our family.

My brothers Joe (eldest) and Tom (middle), from what I can tell, have retained at least nominal Catholicism, while I have essentially excommunicated myself, with no disrespect intended to anyone else. The details of this unconversion will eventually worm their way into my works—and indeed they've already started.

For someone who has read libraries of books in his life, and who listens to long lectures on linguistics while exercising, I use "bad words" an awful lot. In my defense, recently I heard of a study where they discovered that using bad words might actually help people deal with pain. In the study, they submerged people in ice-cold water, and the group that was allowed to curse lasted a lot longer in the water than the group that was only allowed to shout neutral words.

So basically what I'm saying is that I swear a lot because I have a lot of pain within me; after all, nobody sets out to be a poet/author at the age of twelve because he or she is brimming with joy.

I'm a professional proofreader by trade. I honestly believe myself to be in the ninety-fifth percentile of written-English-language proofreaders in America. Nevertheless, I'm not perfect, so some of you will probably find occasional unintentional mistakes in my writings, for which I blame the limits of my subnormal-yet-linguistically-amplified intelligence.

I love books. I celebrate them. A short, true declaration as proof:

I'm a damned social introvert, and, when I go to parties, I typically find myself spending hours happily engaging with the host's bookshelf.

It was during one such party in Venice, CA, while I was perusing one such bookshelf in a friend's garage, that my old friend Johnny from Cleveland, who had just graduated from Pepperdine Law School, and who was a mutual friend with the party's host, approached me with the idea of starting this company together—combining his impressive-but-despairing law degree with my less-impressive-and-more-despairing lifetime of literary and linguistic obsession.

The novels I've written, at least so far, have not come with dedication pages, because I realized one day that the truth is too embarrassing and obvious to write within them, but I'll do it here, away from the books I treat much more seriously than an online About The Author page.

My books are dedicated to everyone who enjoys reading them.

My aim is truly that simple, but I'll freely admit that it's quite difficult in this who-gives-a-shit-about-reading world of ours.

But I have the belief that it might be slightly less difficult for me, because I've been avidly working toward this for 18 years now, and I give a huge shit about reading.

Lastly, if you like my books, please tell other people about them, because that's the only hope I have of this company succeeding. And if this company doesn't succeed, I'll have even more internal pain, and there'll be an awful lot more swearing. 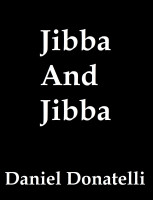 You have subscribed to alerts for Daniel Donatelli.

You have been added to Daniel Donatelli's favorite list.

You can also sign-up to receive email notifications whenever Daniel Donatelli releases a new book.