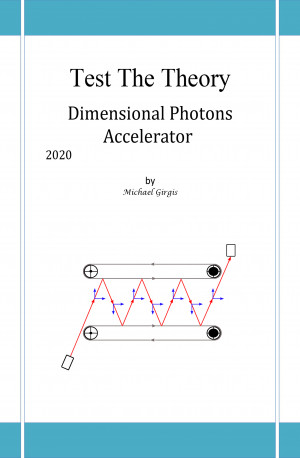 About the Series: The Inverse Theory of Relativity

The series includes 5 papers to explain a new theory called the inverse theory of relativity, The new theory maintains the principles, postulates, and results on which The special and general theories of relativity depend, The new theory is based on an observation process that is not followed by previous theories, Through the new state of observation, We try to reveal another aspect of relativity in which the results are opposite to the results known in previous theories
- the inverse relativity introduces new concepts such as The Energy Dimensions, Parallel Mass, Parallel Time, Super Time, Negative Work Done , Spacetime split into positive and negative
- The theory is simple and not complicated mathematically, linear equations and tensor rank one (i.e., a vector) , and there is more than one proof of the same results.
- Read the series in the following order
- Special Relativity Error .1, Energy and Time Paradox
- Modified Lorentz Transformations
- Parallel Energy Dimensions
- The Properties of Parallel Energy Dimensions
- Test The Theory, Dimensional Photons Accelerator

Also in Series: The Inverse Theory of Relativity

You have subscribed to alerts for Michael Girgis.

You have been added to Michael Girgis's favorite list.

You can also sign-up to receive email notifications whenever Michael Girgis releases a new book.