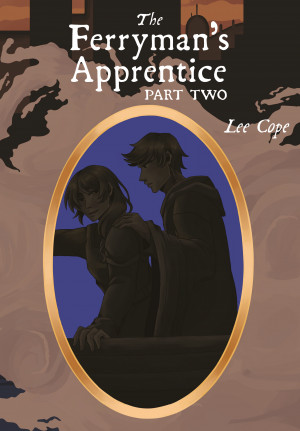 By Lee Cope
The second part of the Ferryman's Apprentice series.

Wilom has decided to return to the surface, but isn't sure what he'll find there. At first, it seems like he'll try to lead a normal life, but Vanda, as always, is there to nudge his life off the path he'd expected. More
Wilom hadn’t expected to be going back.

Wilom never got on well with obligations, but for the first time, he’s starting to feel a sense of responsibility. His new housemates would probably respect that, except that if they knew what he was really doing with his time, they’d probably kick him out. His new bosses certainly appreciate it, but Wilom can’t help but feel he’s working around them, not for them. Being treated like an adult is great, but it would be nice to just ignore what people think of him for a while, like the old days.

About the Series: The Ferryman's Apprentice 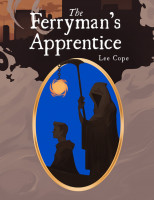 The concept of death never particularly bothered Wilom Tris. So, when the opportunity for a truly unusual apprenticeship came up, the only thing that mattered to him was that it got him out of his aunt’s house.

Until then, Wilom had more than enough information to know his only options were bad ones. Now, it turns out he has two options that are equally tempting, but not nearly enough information about them. Option one: Stay on the River, be a ferryman, live by the rules. Option two: Go back to the living world, and do whatever he wants.

The more he learns about his apprenticeship and life on the River, the more questions he has, but his mentors have stopped answering them. The only perspective he has on the living is through the eyes of the dead. He knows he’s missing something important, but nobody will tell him what it is.

At least he has a friend along for the ride.

Also in Series: The Ferryman's Apprentice 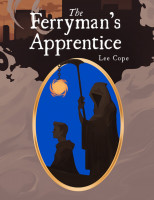 Reviews of The Ferryman's Apprentice: Part Two by Lee Cope

You have subscribed to alerts for Lee Cope.