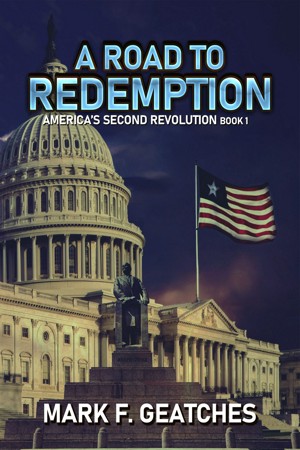 A Road to Redemption

Mark began writing fiction in 2010. What began as an experiment quickly became a labor of love. Writing allows him an outlet for his unpredictable imagination, as well as an excuse to spend even more of his time listening to music. Mark finds music and writing the perfect mental connection; the nexus of focus and inspiration.

For information about Marks published books and short stories, visit his website, markwritesfiction.com.

About the Series: America's Second Revoluton

You have subscribed to alerts for Mark F Geatches.

You have been added to Mark F Geatches's favorite list.

You can also sign-up to receive email notifications whenever Mark F Geatches releases a new book.