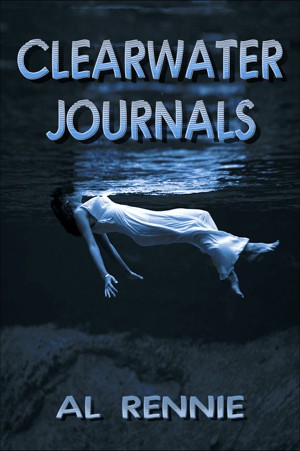 Review
JaneofArch reviewed on July 27, 2017
(no rating)
Barefoot Canadian cop comes to Clearwater and solves major portion of the town's gang-related crime. Requires major suspension of disbelief, especially in regard to the background of his pancake-flipping girlfriend.

Great, I could not stop till I finished the story.

This was a page turner. Held my interest throughout. The ending was too abbreviated and did not provide "closure," that's my only complaint. Al Rennie is worthy of a purchased read and I probably will buy some more of his books.

I very much enjoyed the characters Joe and Mia and hope that there are more adventures to follow. I will keep my eyes on you Mr. Rennie. Please keep writing!

this was a well written book. I would read more from this author. keep the good work up

Can't wait for the next Joe, Mia and company installment. Will defintely look for more--thanks for the enjoyable read.

Wow that was great!!!! I loved it, humor was fantastic. Can't wait to read the next book. If you like mysteries with great characters, great story line, you will love this book, couldn't put it down!!! One of the best mysteries I have read in a long time. Thank you!!!!!

Clearwater Journals captured by Al Rennie is in a word, a 'Masterpiece'. If you enjoy Robert Craig's Joe Pike, or Lee Child's Jack Reacher, you will love Joe 'Doc' Holiday. Joe is mid 30's, retired Detective from Toronto, Canada because he was shot. He moved to Clearwater, Florida and works odd jobs. Enter Mia - a pretty waitress who works at IHOP where Joe regularly eats. Mia's sister was killed three years ago and the killer was never captured. She asks Joe to help her investigate the case. There are people who do not want them poking their noses into the death of Mia's sister, and subsequently, Mia is brutally attacked as a warning to back off. However, this has a reverse effect on Joe - he is out for blood. The characters in this book are very likeable, such as Mia, Joe, and Coop. There are also characters that you will hate, but Joe takes care of them. The storyline is brilliant...very enjoyable. I really found it hard to put down: it is filled with suspense, mystery, and action. The author adds a nice flavor of humor throughout the book as well. One of the best books I have read this year and will be reading the sequel, Clearwater Diaries right away. 5 Star for sure.

Great character development, great story. It was a suspenseful read with a bit of humor tossed in for good measure.

You have subscribed to Smashwords Alerts new release notifications for Al Rennie.