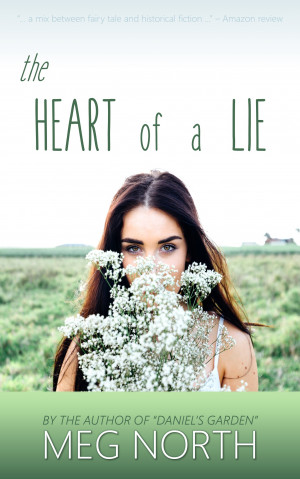 The Heart of a Lie

By Meg North
Historical New England family drama involving two sisters, a romantic twist, and long-lost buried secrets. More
With her father dead from a Civil War battle and her mother succumbing to tuberculosis, Esther Perry struggles to keep her meager existence going. When an unexpected visitor lands on her doorstep with an incredible offer, Esther is forced to let her farm go and face an uncertain future in a distant city. She finds friendship from an unexpected source, a handsome bachelor catches her eye, and she copes with the loss of her beloved farm.

But an even greater challenge awaits - and Esther will have to summon every last ounce of her inner strength to confront the scandalous secret her family has been hiding for years ...

New England author and historian Meg North is a seven-year active member of the Maine Historical Society and Maine Writers and Publishers Alliance. Her specialty is New England history in the mid-1800s Civil War era. For four years, she appeared as a Civil War re-enactor and newsletter publisher with the 3rd Maine Union Regiment. She also attended the National Honors Society conference in Gettysburg, Pennsylvania in 2004, delivering a highly acclaimed paper on the Civil War. While living in Gettysburg, she completed her first Civil War novel, “Daniel’s Garden.” As a ten-year Portland, Maine resident, North has given historical tours to thousands of visitors and features local historical buildings in her work.

Meg also contributes to other New England historical sites, including Walden Pond and the Thoreau Society, Alcott’s Orchard House, Ralph Waldo Emerson's house, the Old Manse, the House of the Seven Gables, Melville’s Arrowhead Museum, the Poe Society, and the Nathaniel Hawthorne Society. She also generously contributes to numerous historical and literary organizations, including Deerfield Village, Old Sturbridge Village, the Charles Dickens Fellowship, the Bronte Society, the Jane Austen Society of North America, the Victorian Society in America, and Historic New England. She passionately supports the societies and museums dedicated to the brilliant writers and thinkers of the 19th century.

You have subscribed to alerts for Meg North.

You have been added to Meg North's favorite list.

You can also sign-up to receive email notifications whenever Meg North releases a new book.