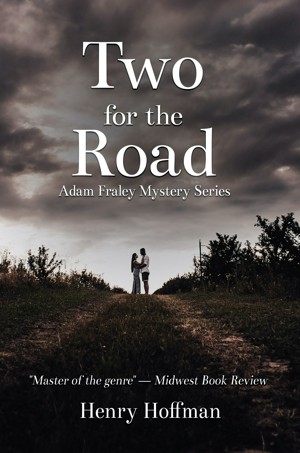 Two for the Road

By Henry Hoffman
Two private eyes take on two seemingly unrelated missing person cases that unexpectedly place them on a collision course. More
Private investigator Adam Fraley and his colleague, Tamra Fugit, the woman to whom he is engaged, travel vastly different paths, as they take on two seemingly unrelated missing person cases. The trails take them through idyllic lands darkened by underworld intrigue, twisted relationships. carnal temptation, physical danger, and personal tragedy. Such are the legal ramifications they confront during their crossing of both state and international boundaries, that the FBI is eventually drawn into the matter. From the very beginning, little did the investigators realize that the two roads they were travelling eventually would come crashing together in a manner entirely unexpected, testing not only their professional skills and resolve, but their personal faith in each other.
Available ebook formats: epub
Price: $4.99 USD
Buy Add to Library Give as a Gift
How gifting works
Create Widget
Tags: romance crime adventure mystery action detective florida cozy kansas
About Henry Hoffman

Henry Hoffman is a former newspaper editor and public library director whose works have appeared in a variety of literary and trade publications, including America: History and Life, Historical Abstracts of the United States, the Cyclopedia of Literary Places, and the Encyclopedia of Natural Disasters.

He is the author of five previous novels, including Bridge to Oblivion and the Veiled Lagoon, the first two entries in the Adam Fraley mystery series. He is the recipient of the Florida Publishers Association’s Gold Medal Award for Florida Fiction.

About the Series: Adam Fraley Mysteries

Reviews of Two for the Road by Henry Hoffman

You have subscribed to alerts for Henry Hoffman.

You have been added to Henry Hoffman's favorite list.

You can also sign-up to receive email notifications whenever Henry Hoffman releases a new book.