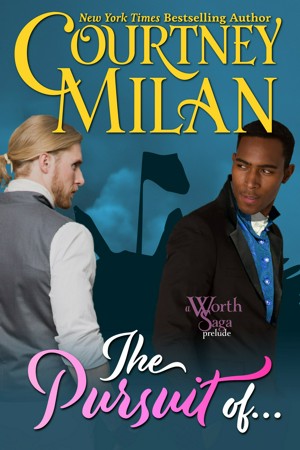 By Courtney Milan
The Pursuit of… is a love affair between two men and the Declaration of Independence. More
What do a Black American soldier, invalided out at Yorktown, and a British officer who deserted his post have in common? Quite a bit, actually.

This novella was originally released in the collection, Hamilton’s Battalion. You can still get it there.
Available ebook formats: epub
Price: $2.99 USD
Buy Add to Library Give as a Gift
How gifting works
Create Widget
Tags: gay romance
About Courtney Milan

Reviews of The Pursuit Of... by Courtney Milan