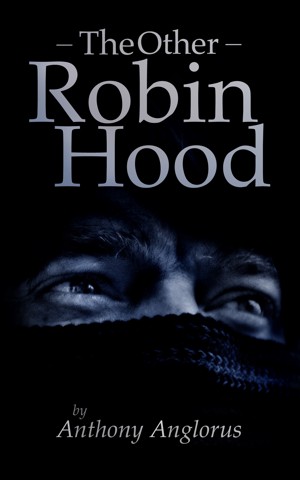 The Other Robin Hood

After over forty years working as an accountant, I took up the pen in 2010. I had spotted an interesting character in the history of one of the towns I had worked in, and upon researching him, found him to be fascinating. So I started writing, and became addicted. The words flowed so fast I was barely able to keep up. 'The Other Robin Hood' is the outcome, although the finished product is very different to the first draft!
What next? Well, I do have the outline for a sequel, but also I am reviewing a tome I wrote almost 20 years ago to see if it warrants 'cleaning up'. I have additionally identified another fascinating Highwayman from history about whom I am constructing a timeline with a view to a fairly lengthy dramatisation of HIS life.

Reviews of The Other Robin Hood by Anthony

I’m sure many of you will know the infamous tail of Robin Hood, the archer who stole from the rich and gave to the poor. However, you might not have heard the tale of George Davenport, The Other Robin Hood. Based at the end of the 18th Century, George Davenport is a man in a struggle. After starting a family on a very modest wage, George is then made to pay for his two parent’s livelihoods, as the local community that has cared for them can no longer afford the cost to keep them fed! The fact that he cannot pay for both of his families drives George to crime and more specifically to robbing travellers on the road to London.

George soon finds that he has a knack of being a highwayman and with his strict code of only robbing the rich, and the fact that he always leaves his victim with a shilling, soon creates an infamous persona around George in his local town of Wigston. In addition, George also finds he has more than enough money to support both of his families. With the excess cash, George decides to give something back to the village of Wigston and leaves anonymous coins on the doors of the poorest people in town.

However, his kindness and gentlemanly attitude towards highway robbery soon starts to come back and bite George, as every robbery made in Wigston is made in his name (even if he was not in the county at the time the robbery took place!). George soon finds himself in the hands of the law answering for crimes he did not commit! However, with his cunning and bravado, George manages to escape deportation and imprisonment. But, with his countless offensives and the fact he is the most wanted man in Leicestershire may come back to haunt George one day, as countless Peace Officers are on the hunt for him.

I liked this book a lot and I think the main reason for this is because George Davenport was a real person and many of his adventures and misdemeanours actually happened in real life! The author of the novel, Anthony Anglorus, came across George Davenport whilst working in modern day Wigston and researched him further, deciding that his tale had to be written down. I for one am glad Anglorus did write down this tale as it was exciting, fast paced and in many places quite funny. I also liked the little touches Anglorus put into the book such as making the English used in the dialogue of the book similar to that of which would have been in the late 1700’s. Plus, it was nice to get back to reading some historical-fiction as many of the books I’ve been reading at the minute have been fantasy and sci-fi novels!

So, I would suggest this book to anyone who is a historical-fiction fan and to people who enjoy books about crime or infamous criminals! If you are interested in criminals, definitely check this book out because some of the things Davenport does in it are unbelievable (especially at the end!).

I really enjoyed reading this book as it was written about one of my ancestors. It was very interesting to see how the author could make George into such a likable rogue. I felt very sorry for his poor wife and children tho. Thank you Anthony for doing it justice.

You have subscribed to alerts for Anthony.

You can also sign-up to receive email notifications whenever Anthony releases a new book.