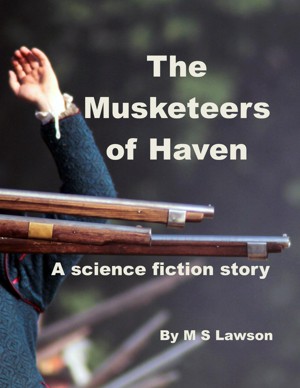 The Musketeers of Haven A Science Fiction Story

By M S Lawson
When Earth's one and only off-world settlement, dedicated to non-violence, is overrun by sword and spear-wielding creatures, a reservist soldier and a rag-tag group of ex-cons are shanghaied to fight them and find that to win they must rediscover Earth's violent past. More
Earth's one and only off-world settlement, dedicated to non-violence, equality, toleration, balanced development, and all politically correct good things has been overrun by sword and spear-wielding creatures. As the authority overseeing the development refuses to acknowledge the problem or even tell Earth's governments, the authority director shanghais a reservist soldier along with a rag-tag group of ex-cons to fight the creatures. But what can this tiny band do given that the colony has no weapons and what about the settlement's young people, sent away by their parents to a summer camp? Then there are the mysterious creatures who live in an equally mysterious structure who want to be left alone. The answer, the humans realise, lies in rediscovering Earth's violent past.
Download: epub mobi (Kindle) pdf more Online Reader
lrf pdb txt
Price: Free! USD
Add to Library
Create Widget
Tags: adventure action military sf science fiction
About M S Lawson

After 38 years as a journalist, including more than 30 on the Australian Financial Review, the down under Wall Street Journal, the newspaper I worked for could not stop its advertisers shifting to digital outlets. In 2016, as part of a savage round of redundancies, I was called into the Fairfax boardroom in Sydney (the two big players in the Australian newspaper scene are Fairfax and News) and told "sorry Mark". My original training was in physics and maths, gaining a science degree at Melbourne University in the 1970s. I landed a job at what was then about the only computer newspaper in Australia because I had taught myself to type, from one of my sister's secretarial textbooks. In those days it was rare for a boy to know how to type.

In that very long career in journalism I did specialist/trade, suburban, country/regional and, for the AFR, science reporting, companies (takeovers, profit results, market movements) personal finance, special reports editing, leader writing, accounting/legal reporting and a stint as Perth bureau chief. Now I do a little contract work, the occasional article for The Australian version of the British magazine The Spectator, and write books. I have a wife and adult children in Sydney but at the moment I'm keeping an eye on my aged dad in Melbourne. 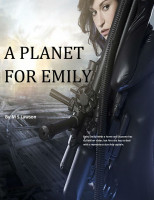 Review
Doug Aiken reviewed on Sep. 8, 2020
(no rating)
The Musketeers of Haven is and excellent well written sci-fi military story. The spelling and punctuation was right on. It was an exciting read that held me attention right through to the end. I recommend it to any one who likes good action.

You have subscribed to alerts for M S Lawson.

You have been added to M S Lawson's favorite list.

You can also sign-up to receive email notifications whenever M S Lawson releases a new book.