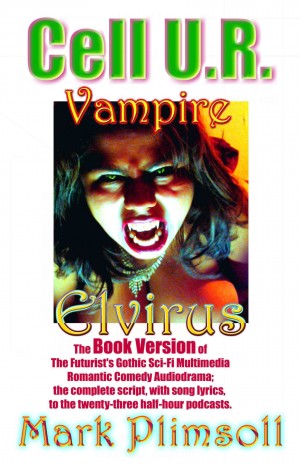 Cell U.R. Tales from the Script

By Mark Plimsoll
A love story of our future as human cell-phones, a multi-media comedic satire of everything you love about B Movies and black-and-white thinking mixed with tomorrow's science and technology. A male Metroplexual loves two women; the belly-dancing Gypsy fortune teller Vampire Elvirus, and a SuperUser's beautiful, Wiccan, earth-mother daughter Louise, in the DevaState. Intelligent design evolves!

His college professors said "Young people have little of importance to say. Go live life, explore, ask questions, before you try to create art." Mr. Plimsoll dove into Latin America (and learned Spanish - his favorite author received the 2010 Nobel Prize for Literature) and interprets the complexities of distinct worldviews, linguistic and personal. He has written two memoirs, “WMD Machete- A Global Citizen's coming of age in a Forgotten Earthquake that Killed Twenty-two Thousand,” and “Havana Ball- North American Philanthropy in Culture Clash.”
He also wrote the novel “Godless Goddess, a Wiccan Adventure in Hawaii.” In 2009, he wrote, performed, produced, and published a CD-ROM musical multimedia audiobook, or radiodrama, titled “Cell U.R.” about the future of humanity with nanotechnology cell-phone implants in twenty-three half-hour podcasts.
Recently, he published “Cell U.R. Tales from the Script” in book form, the script plus lyrics to the podcasts. 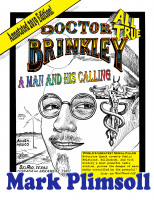 You have subscribed to alerts for Mark Plimsoll.

You have been added to Mark Plimsoll's favorite list.

You can also sign-up to receive email notifications whenever Mark Plimsoll releases a new book.